Think dance team, think teen girls? Think again. When Menlo-Atherton High School holds its annual dance team show and fundraiser on Friday, April 7, there will be a guy in the mix. 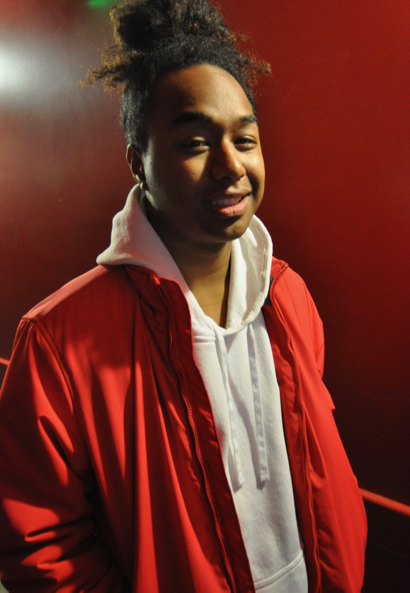 Senior Vuki Mataele joined the team this year, following in the footsteps of his friend who participated last year. “He wanted me to do it with him, but I was kind of shy and didn’t have the confidence to dance in front of the school,” he said. “But this was my last chance. I really wanted to get out there and have fun with it. Plus, the girls really like having a guy on the team.”

The show features the dances that have been performed at MA football games, basketball games and rallies throughout the year, as well as new dances choreographed by the team. Dancers from the community are also invited to participate, as well as a popular tradition in which dance team members recruit non-dancers for a partner number, adding to the energy of the one-night-only event.

Vuki said he’s best at hip hop, and he plans to teach classes at coach Nona Ybarra’s studio after he graduates. His ultimate goal is to go to Los Angeles and pursue dance professionally.

The M-A Dance Team Show is at 6:30 pm on Friday, April 7 in the school’s Performing Arts Center. Tickets are $15 adults/$10 students, which can be purchased online or at the door. All proceeds from the show support the team’s expenses throughout the year.