Spotted: Sean Spicer hiding in the bushes in Menlo Park 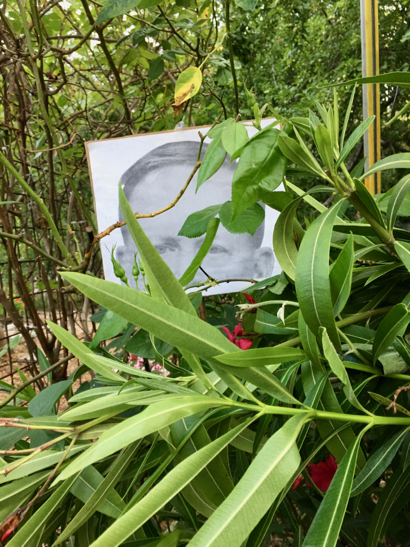 One Menlo Park homeowner on Altschul near Avy is having some fun with the Sean Spicer hiding-in-the-bushes story. To refresh: After President Trump fired FBI Director James Comey, the president’s press secretary hid in the bushes and only emerged to talk to journalists in the near dark. The Washington Post later clarified that Spicer was “huddled with his staff among bushes, ” instead of being “in the bushes,” in case that distinction matters.

Got to throw politics into the blog again…..I think I saw Barry Soltero aka Hussein O hanging around the transgender bathroom at the rest stop on hwy 280!

I really loved being briefly famous on InMenlo with that puckish little sign in my garden — and for making many passers-by laugh. Thank you for noticing.