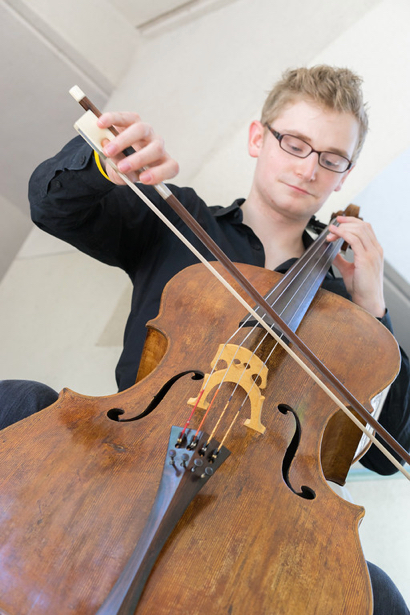 Alexander Hersh, a recent graduate of the New England Conservatory of Music, is a fourth generation string player, so it was surprising to hear him say, “My parents never pushed me to play an instrument; my mother wanted me to be a lawyer.”

However, he did admit to getting a toy violin when he was three and taking up the cello when he was five. “My folks wanted me to have a normal childhood and would encourage me to go outside and play. If I’d stayed inside maybe I’d be a better cellist.” Side note: He’s graduated to a considerably better instrument, a G. Ceruti cello circa 1695 on loan through Darnton & Hersh Fine Violins (Chicago), of which his father, Stefan, is a principal. 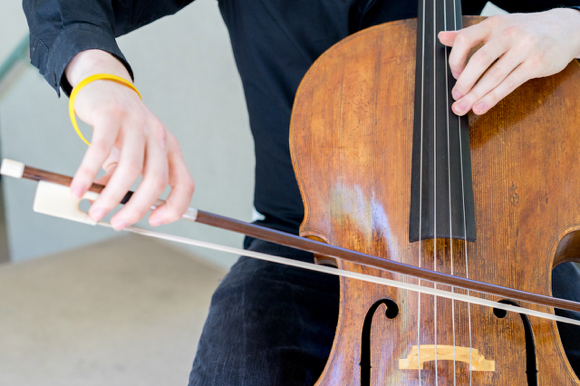 Alexander, whose grandfather, Paul Hersh, is professor of viola and piano at the San Francisco Conservatory of Music, is accomplished enough to be selected for Music@Menlo’s International Program for pre-professional string players and pianists ages 18 to 29. The Prelude Performances featuring the International Program artists are free, and young listeners are welcome. 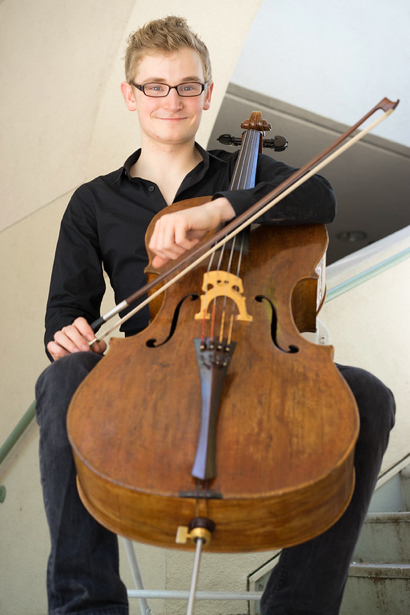 This is Music@Menlo’s 15th year, and the theme is The Glorious Violin. Running from July 14 to August 5, the festival presents over 50 events on three stages in Atherton and Menlo Park. The complete schedule is available online.

It was at age 12 that Alexander’s genes kicked in, and he got serious about music. He attended the Palo Alto Chamber Orchestra Camp as a teen, the same camp where his parents met. “They hated each other,” he says. “My mom was first violin and my dad was second. They met again later on and clicked.”

According to Alexander, music occupies much of his daily thoughts, offering little time for other endeavors. He plays a little chess and a little poker and is a huge Warriors and Steph Curry fan.

He’s watched as his musician friends are working hard to get steady jobs. “I guess I’m weird. I don’t mind being poor. I love running around and playing and doing some teaching. I hope to get a grant to study in Berlin.”