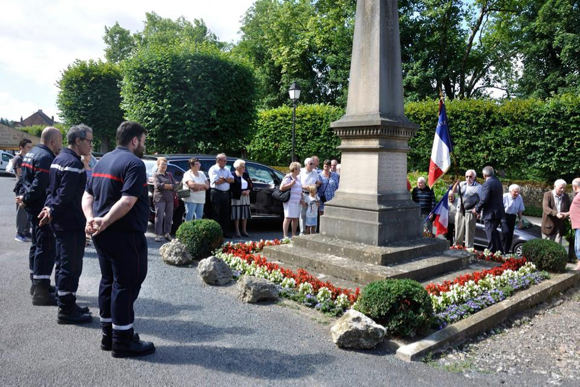 Everybody who was actually in town this weekend seemed to congregate at Menlo Park’s side-by-side French restaurants, Left Bank and Vida. The reason: It’s Bastille Day, so a good reason to “think French” for dinner. 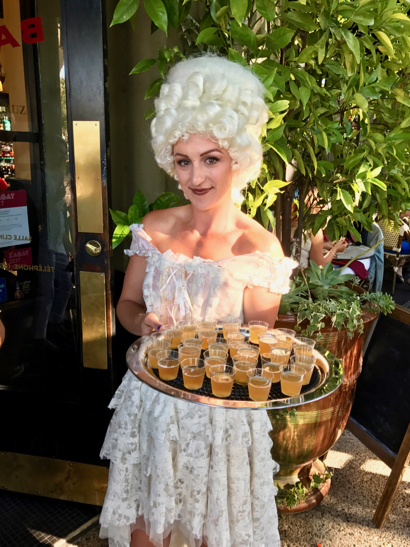 There are a number of “gotchas” about what Americans call Bastille Day. In France, it is formally called la Fête nationale (The National Celebration) and commonly and legally, le 14 juillet.

The top photo is from the celebration in Cormatin, France. Writes our friend Cees: “14th of July: while in Paris warplanes were flying over the heads of the spectators, in Cormatin there were just some wasps and flies to be heard overhead. Defilé, wreath laying, vin d’amitié.”

Meanwhile back in Menlo Park, a Marie Antoinette look-alike was offering drink samples to diners at Left Bank. But evidently Marie the real person didn’t say “let them eat cake.”

According to Wikipedia: “‘Let them eat cake’ is the traditional translation of the French phrase ‘Qu’ils mangent de la brioche’, supposedly spoken by ‘a great princess’ upon learning that the peasants had no bread. Since brioche was a luxury bread enriched with butter and eggs, the quote would reflect the princess’s disregard for the peasants, or her poor understanding of their situation.

“While it is commonly attributed to Queen Marie Antoinette,there is no record of this phrase ever having been said by her.”