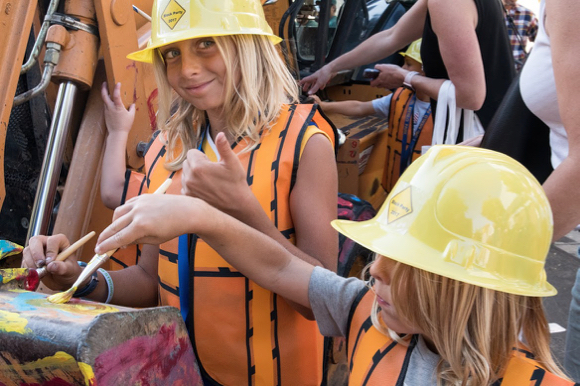 Vehicles abounded — many of them electric — at last night’s 11th annual downtown block party on Santa Cruz Avenue, sponsored by the City and the Menlo Park Chamber of Commerce.

The theme was “Menlo on the Move,” and the emphasis was on “smart mobility.” A side street featured a line of electric cars available for test drives and additional electric cars were on display on Santa Cruz along with electric bikes and scooters. 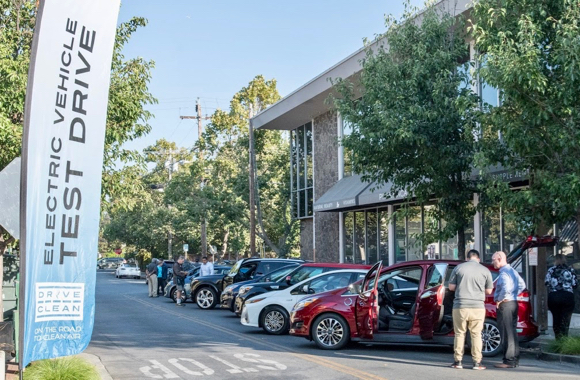 Other activities included a bike rodeo hosted by the Menlo Park Police Department and a trackless train that snaked up and down the pedestrian-filled avenue. 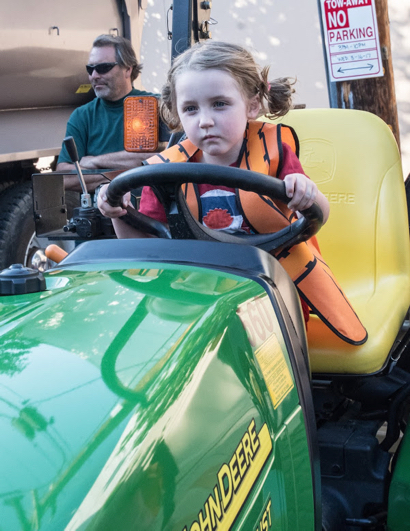 A huge hit with the kids was the opportunity to don hard hats and reflecting vests and get up close to all sorts of tractors and such stationed on Chestnut Street. Some of the heavy equipment was available for painting while others could be taken for a stationary spin.

Last night was also a birthday celebration for the City of Menlo Park, which turned 90. Four of the five City Council members — Ray Mueller, Peter Ohtaki, Kirsten Keith and Catherine Carlton — led the celebration, and the Menlo Park Historical Association had a brochure filled with fun facts about Menlo, including: 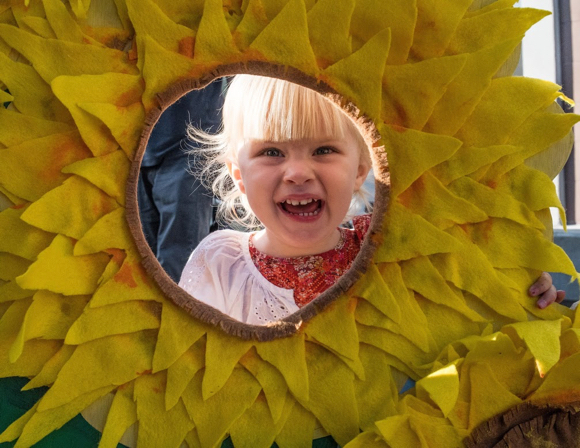 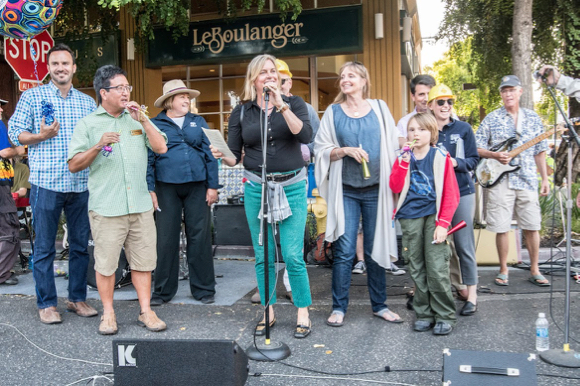 InMenlo contributing photographer Robb Most captured some of the evening’s sights. 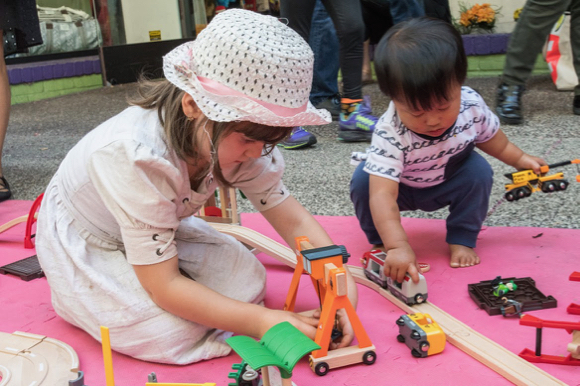