Get to know Bay Area aviation pioneer Stanley Hiller and his amazing “Hiller-copter!” on Jan. 10 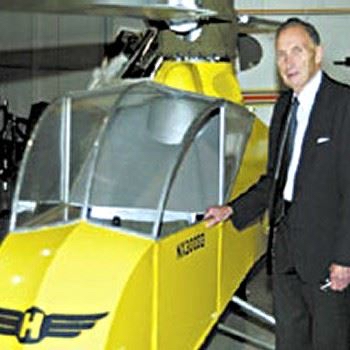 At the age of just 15, Stanley Hiller, Jr. (pictured) designed the XH-44, which became the first successful coaxial rotor helicopter to fly in America, the first to use all metal rotor blades, and the first helicopter to be built on the West Coast.

Most locals now know Hiller through his namesake Aviation Museum, which features an aircraft collection and programs to fascinate people of all ages.

Hiller Aviation President and CEO Jeff Bass will visit the Menlo Park Library to share a presentation on Hiller, the little-known story of a Bay Area legend of aviation history and the lore of some of the museum’s interesting aircraft.

The Hiller Aviation Museum, founded and opened to the public in 1998 by helicopter designer and inventor Stanley Hiller, Jr., features over 50 aircraft from over 100 years of aviation history.