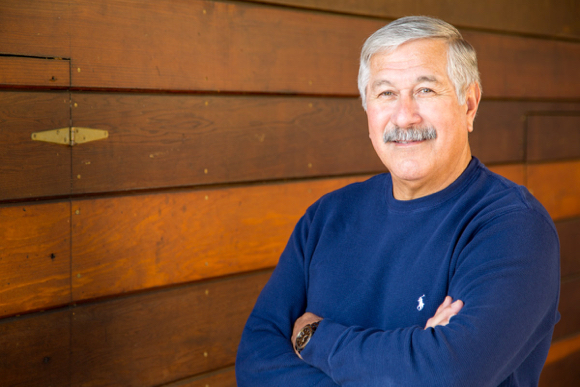 Growing up in Compton, California, in the 50s and 60s, Albert Camarillo admits he was not a particularly good student. “But a light went on in sixth grade when I had my first male teacher,” he recalls, sitting in the living room of his Menlo Park home. “Another inspiration was my older brother who excelled as a high school student.”

Al did his undergraduate and graduate studies at UCLA, where he was mentored by Juan Gómez-Quiñones. “Initially I was going to study marine biology, but that changed quickly,” he chuckled. “I switched to political science but changed again to history, taking the first Mexican-American history class when I was a junior. That became my academic passion.”

After getting his Ph.D., Al came to Stanford where he has remained. He is widely regarded as one of the founders of the field of Mexican American history and Chicano Studies and has received numerous awards and fellowships over the course of his career.

The moniker, Chicano Studies, he views as a “historical phenomena of my generation that’s lost it’s salience as ‘more acceptable’ phrases were adopted.” Terminology aside, he is incredibly fulfilled “by the huge expansion of a field of study that I helped create.”

“Today there are 1,000 people teaching Mexican American history in higher education,” he said. “When I stared there were a couple of dozen. You can’t understand American history without knowing about our country’s second largest minority group.”

Al will soon be wrapping up his career at Stanford. “I’m teaching my last classed in the winter/spring quarter,” he said. “My wife and I look forward to visiting all of our grandchildren. And I still have a couple of books in the making.”