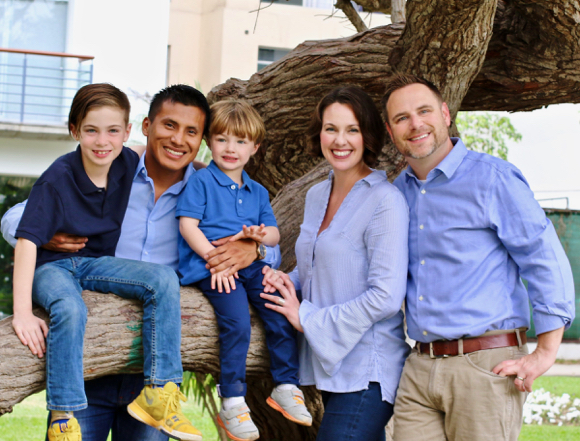 Most in my local community already knows this dynamic community leader: Erik Burmeister is the Menlo Park City School District‘s young and progressive Superintendent. His vision for our schools is creative and thoughtful. I had the pleasure of meeting Erik a few years ago when he was still a middle school principal, and I have been impressed by him since day one.

At the age of 15, Erik knew he was destined to work in education. Before joining the MPCSD, Erik was a Principal in San Jose and in Campbell. Before moving into administration, Erik taught high school English and Speech/Debate.

In 2012, Erik became Principal at Hillview Middle School in Menlo Park, where he quickly received national recognition for his forward thinking. In 2012, Erik was named “Multiplier of the Year in Education,” an award given to leaders who “multiply the capabilities of people around them,” according to the sponsor of the award, The Wiseman Group, which conducts leadership training workshops.

In his Superintendent role, Erik leads to create a culture of possibility and innovation, focusing on two major priorities. The first is “ensuring that race, family income, and native language are not predictive of school success in Menlo Park – a lofty goal, but one that MPCSD is committed to pursuing.” The second is “increasing student engagement in meaningful learning experiences.”

Some of his top priorities include the opening of a district-led preschool called the Early Learning Center, scheduled to open Fall 2018. His commitment to raising the achievement of all students includes efforts to “use real-time learning data to inform instruction and to seek to ensure that all students (1) come ready to kindergarten, and (2) graduate from 8th grade (MPCSD’s final year, as it a K-8 district) at or above grade level in reading, writing, and numeracy.” 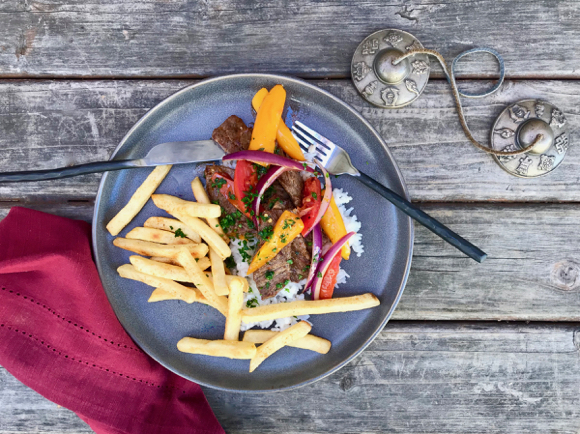 Below is a message from Erik about his favorite food, a wonderful classic Peruvian dish called Peruvian Lomo Saltado (pictured above) and why it is so meaningful to him:

“At 30 years old, I took a leave of absence from my job as a high school vice principal to volunteer in a developing country and learn Spanish. As fate would have it, I ended up spending a year in the beautiful country of Peru. I fell in love with Peruvian cuisine which has quickly become one of the premiere cuisines around the world.

“I stay quite connected to Peru because during my time volunteering at an orphanage there, I connected with a young kid who later joined our family as our son. Today he is 27, a police officer in Peru, and one year away from graduating with his culinary degree.

“One of the “staple” dishes that Peruvians are known for is my favorite; it’s called Lomo Saltado or “seasoned steak.” It’s easy, hearty, and delicious. The real secret to a good Lomo Saltado is the yellow chili pepper native to Peru called Ají . I have found it nearly impossible to find fresh Ají in the Bay Area, but it is possible to find them preserved in a jar (whole or pureed).”

Editor’s note: This is an edited version of Andrea’s post on Simmer and Sauce; full version, which includes Erik’s recipe, is found here. Andrea is a former chef and now Menlo Park stay-at-home mom.

Thank goodness there’s finally a preschool in the works at the MPCSD. Back in the day, we fought hard for both preschools and after school care options AT school sites in Menlo Park. We failed. Working parents like me had to scramble, and typically had to go outside the city, to find quality preschool care for our youngest children. I wish the new ELC much success. It arrives on the scene 15 years too late for me, but I’m pleased it’s finally going to happen. The working parents of our community, and their children, will benefit greatly. And, in this regard, Menlo Park has finally caught up with neighboring school districts with this new commitment to support working parents. Thank you for your leadership, Erik.

Congratulations on all your hard work Erik. What a great way to give back to the Menlo Park City School District!