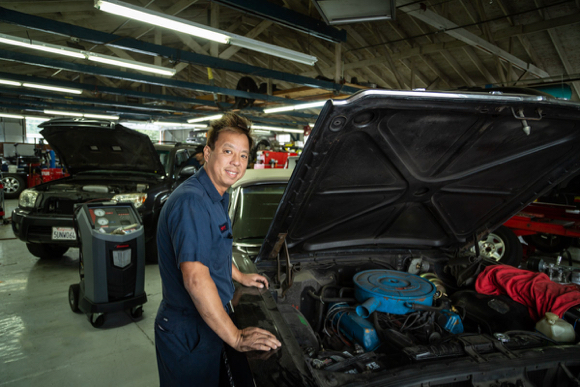 Take a quick look at the Yelp reviews and it’s clear why M&R Automotive has been in business for 50 years in Menlo Park — great mechanics, great service and fair prices.

Today the repair business is overseen by Henry Ma, who first came to work there in 1992 under then owner Wes NcNay, who passed away earlier this year.

“I started tinkering with cars before I even had a driver’s license,” he said. “My bond with Wes was deep. As his health failed, we agreed  that I’d take over the business and I’ve been an active partner of his for at least five years.” 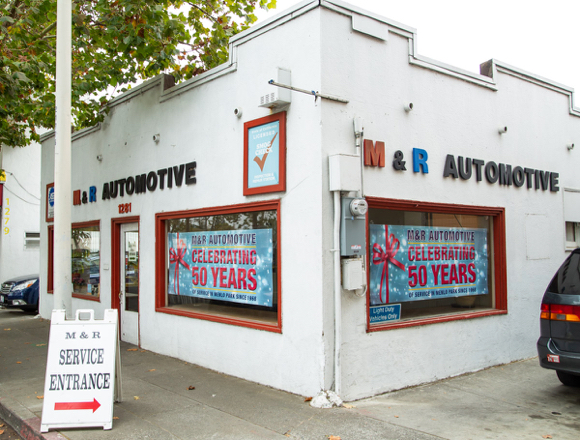 Watchmaker Franz Lorist opened his business the year before, just a block away. He became a good friend and volunteer mechanic for Wes, who also raced cars.

Together, Franz and Wes did the Cannonball Run driving McNay’s 1970 Plymouth Superbird. “What a great time we had!”

About Henry, Franz has nothing but praise: “He’s a great mechanic. He can just look at a car and tell you what’s wrong with it — without even starting it!”

To which Henry replied: “Well, I do need to start it, but I do pride myself on figuring out what the problem is pretty quickly.”