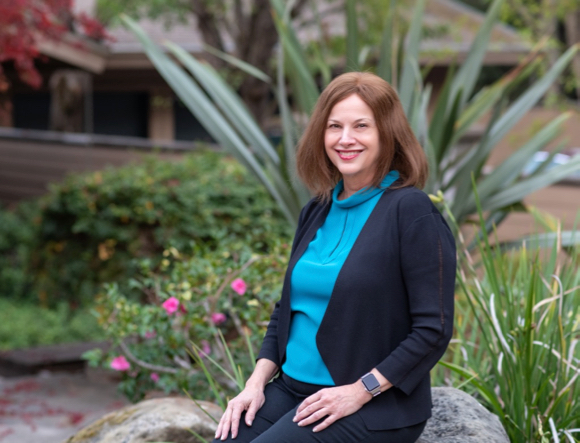 Trish Costello describes herself as Kansas farm girl who happened to be in the right place at the right time — and then as many entrepreneurs do — got lucky.

“It was serendipitous to be backed,” she says about the first company she founded in the children’s health space some years ago on the East Coast. She subsequently co-founded and was the CEO of the Kauffman Fellows Program, a global leadership program for over 600 venture capitalists in 50 countries.

In 2014, she founded Portfolia, which is designed specifically for women investors with a goal that 100,000 will invest in Portfolia Funds in the next five years.

“This is the first time in recorded history that women own more personal investable assets (outside of property) than men. We have more money and we are the most influential buyers.”

To date Portolia’s Funds include FemTech, Active Aging I & II, The Rising Tide Fund, The Consumer Fund, The Enterprise Fund and the recently launched FirstStep Fund™, which is designed for first-time investors and starts with a $10,000 minimum investment diversified into 10 companies over a year.

“We wanted to make this very accessible,” Trish explained. “Women can start by dipping their toe and learn as they go, being as involved as they want.

“We offer four training programs a year where investors can learn and interact with the lead investors, who are the experts in the space.

“There is a certain point where women understand the financial power they have and the impact they can make. That’s what makes doing this so satisfying.”

We realized that we failed to probe the risk involved with a FirstStep Fund investment, so followed up via email with Director of Marketing Heidi Darling, who replied:

“Because of the lower minimums with Portfolia, and because we invest across stages seed to series C, we believe we are on creating a ‘less risky’ version, but traditional venture investing is considered a higher risk asset class by the SEC and the general rule of thumb it that it should comprise no more than ~5% of your portfolio.”