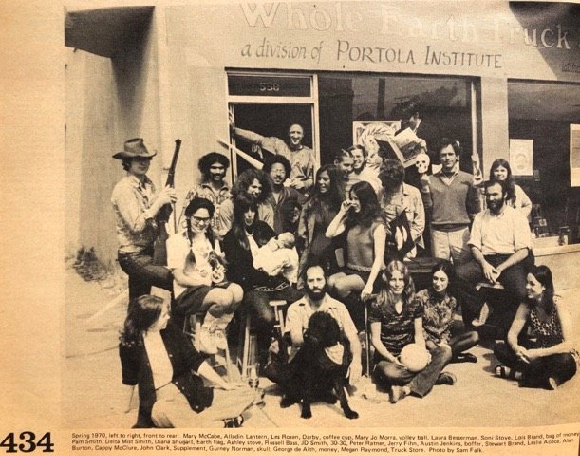 Have you heard about the famed counter culture publication from the 60s and 70s called the Whole Earth Catalog?

The Whole Earth Truck Store (WETS) was a 1963 Dodge truck that was not simply a store on wheels but also an alternative lending library with a mobile micro-education service. A catalog was developed to explain and market tools and things that the truck could not display. 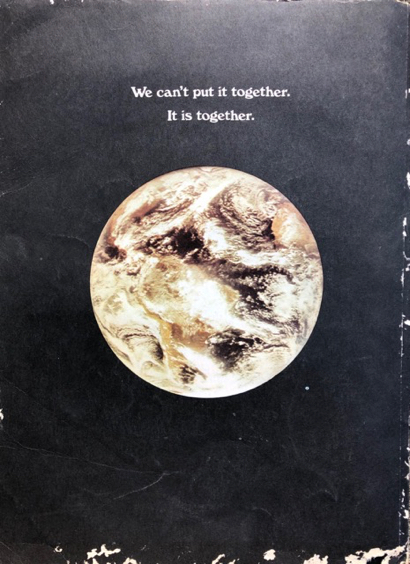 The truck visited various communes beginning around 1968. Eventually, the mobile concept shop nestled into a store front in Menlo Park and was used as a tool catalog, which the store would mail to people who could contact the vendors.

The “whole earth” phrase came about in 1966 when Stewart Brand asked how come there hasn’t been a photo of the “whole earth.” Such a photo was taken in 1967 and Brand used it for his catalog the following year. That year William Anders, Apollo 8 astronaut, took the famous “earth rise” photo.

The Whole Earth Truck Store is listed in Polk’s Directory as occupying 558 Santa Cruz Avenue from 1969 to 1978. This same location — directly across from the entry/exit to the underground parking for Café Borrone/Keplers — was last occupied by Cindy’s Flowers. The building was demolished at the end of 2018.

The Whole Earth Catalog included three laws: 1) Everything is connected to everything; 2) Everything’s got to go somewhere; 3) There’s no such thing as a free lunch.

Photos courtesy Bo Crane, who is a member of the Menlo Park Historical Association.

Oops, I miswrote Stewart Brand’s first name as “Steward” (and he’s in the group photo).