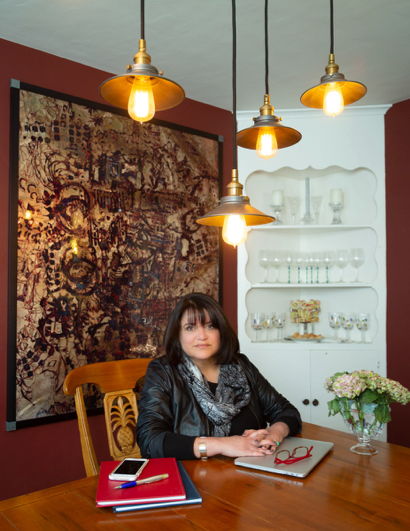 Menlo Park resident Soody Tronson describes herself as an “engineer and problem solver,” although her career path has been broader than that, including practicing law at Hewlett-Packard Inc. along with numerous technical and management positions.

Her latest venture is Presque, which is French for “almost, nearly.”  She founded the company in 2016 with the goal of developing the world’s first smart wearable nursing bras for providing supplemental milk (formula or expressed) simultaneously with breastfeeding. They are designed for both biological and adoptive mothers.

“The impetus came about because I was talking to my sister about the birth of her grandson and learned that her daughter-in-law was having difficulty breastfeeding,” she explained. “It just hit me. This was a problem that I wanted to solve.”

While researching the topic of breast feeding, Soody discovered that the top reason mothers who intend to breast feed but don’t succeed is that they perceive their milk is insufficient, that their babies are not satisfied.

“Lactation is the result of supply and demand,” she explained. “When mothers start prematurely with a bottle, the supply does go down.”

The goal of the smart nursing bras she’s developing is to: (a) help increase milk supply as it requires baby to suckle to gain supplemental milk leading to stimulation of milk glands and milk production; (b) be a practical product that clinicians, breastfeeding advocates, and moms and babies can get behind; (c) build confidence and breastfeeding self-efficacy as knowledge of milk volume consumed is shown to give moms the confidence to continue breastfeeding.

Currently, Soody is seeking funding to bring her products to market. As a way of showcasing her line of smart bras and getting the word out about investor opportunities, she is hosting a reception to learn about the start up’s progress to date and future plans. It will take place on March 7 from 5:30 to 8:00 pm in Menlo Park. More details are available online. She appreciates if attendees can RSVP as early as possible as space is limited.

“What it comes down to,” she said, “is caring enough about women to give them the tools to breast feed if that is what they want. Self confidence is so important.”