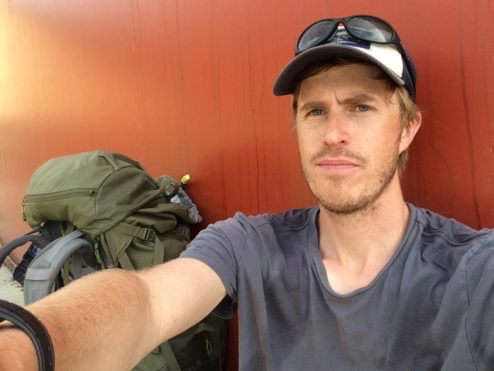 Today marks the 250th anniversary of European discovery of San Francisco Bay by Spanish explorer Gaspar de Portolá. Author Nick Neely grew up in Portola Valley, named after Portolá, but realized how little he knew about the history of the Peninsula as well as broader California history.

So he set off to learn it with just a backpack, trekking through stretches of California both lonely and urban. For 12 weeks, following the journal of expedition missionary Father Juan Crespí, Nick kept pace with the ghosts of the Portolá expedition. 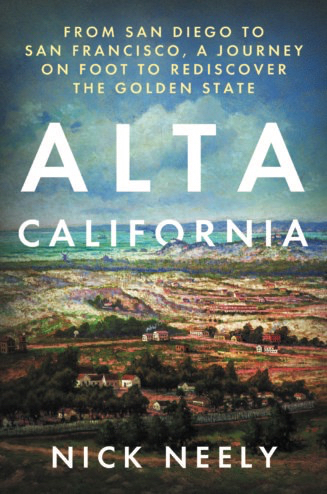 Nick chronicles his 650-mile trek on foot in his latest book, Alta California, following the route of the first overland Spanish expedition.

“The seeds for Alta California are actually found in my first book, Coast Range, where the Portolá expedition bubbled up briefly in two essays, one on Anna’s Hummingbirds, the other on madrone trees, both of which are abundant locally,” explains Nick. “Turns out the Portolá expedition gave name to the madrone. Father Juan Crespi mentions how it looked similar to a tree in Spain, un madrono, and the name stuck.

“As soon as I learned that fact, I wondered what else the Portolá expedition had given name to, and the idea for this project quickly unfolded. I realized the 250th anniversary was only a few years away.

“As I write in the prologue of the book, I had always wanted to do a long trek, and this path ― which was not so much a trail, but an orienteering challenge through urban and “wild” areas alike ― seemed like a novel and complex book in the making.

“So much of our natural history writing and our walking literature is about wilderness or ‘nature’ apart from human history and our built environment, and the philosophy at the heart of this book is that our natural and human history are inextricably entwined. I hope Alta California truly embodies that perspective and shows the way California has been dramatically altered and developed even as much open space, beauty, and fecundity remains.”

Photo courtesy of the author