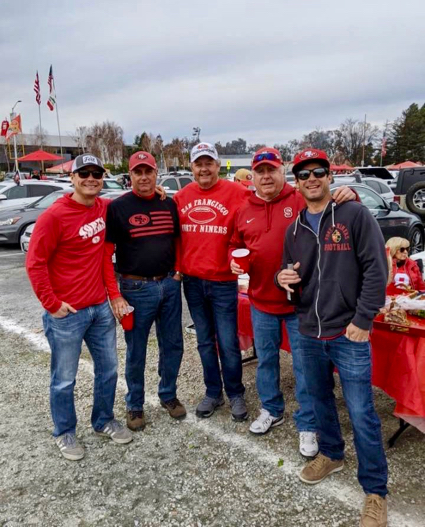 Bob emailed that he’s been a season ticket holder since 1974. “It was my first investment out of college. I had two seats, Sec 37 Row 40 — pullouts kinda in centerfield. Then I got four in the end zone about five years later. My brother took two and used two for clients.

“Now I can’t afford my two original seats at Levi. My two older boys took them. So now I’m in the End Zone, Bud Light Patio, with two seats in Row 8. So good enough. Only the Cheerleaders stand behind us once in awhile!

Side note: It was reported that the visiting Green Bay Packers stayed in Menlo Park. Rosewood, we guess, but not verified.