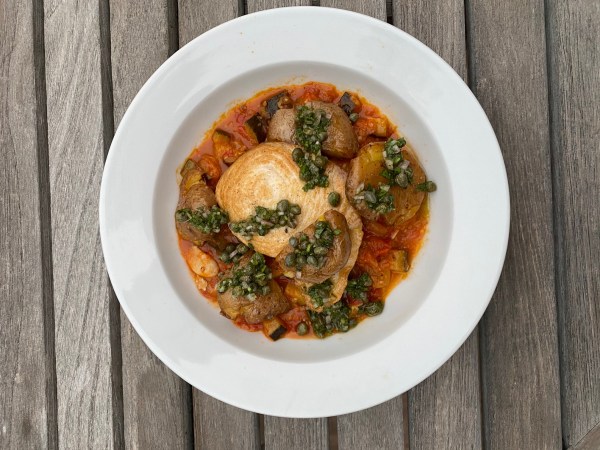 While Menlo Park native and chef, Charlie Parker, has worked in restaurants all over the Bay Area, he recently returned to his hometown, preparing dinners three times a week at Namesake Cheesecake.

“My sister-in-law introduced me to [Namesake owner] Cherith,” he said. “It has a great central location and because desserts aren’t my strong suit, people can always get cheese cake!”

Under the name Charlie Parker Provisions, Charlie is preparing meals for pick up or delivery (within five miles of 94025) on Tuesdays, Thursday and Sundays. Fish figures prominently, and we asked him why.

“When planning a meal I think about what is hardest for people to cook consistently at home, and fish is one because people fear it will smell up the whole house.

“Also, at the beginning of the pandemic, people were eating rich foods. Now they are turning to healthier options and fresh, local fish is one.”

“Plus it’s nice to work for myself and know that it’s my business. I can stand by the product because I’m doing the cooking. I can see that it might expand into a catering business, but for now I’m enjoying what I’m doing.”