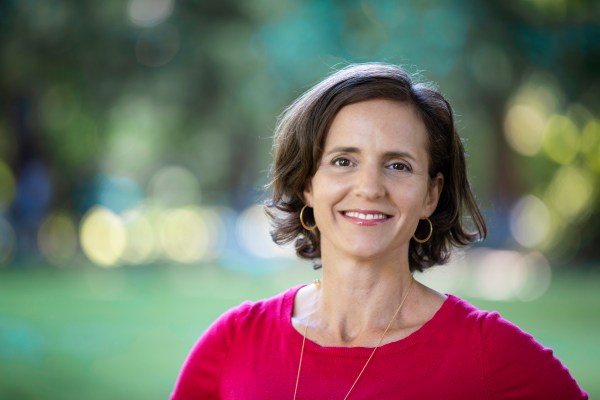 Novelist. Radio and TV producer/reporter. Aide to a State Assemblyman. Content producer for various tech companies including, currently, LinkedIn. We started our conversation with Menlo Park resident Francesca Segrè, who was elected to the Menlo Park City School District Board in 2020, with the observation that that was a lot to unpack.

“It’s always been about observing and listening and understanding the full story. That’s the through line,” she said, adding “Listening to various perspectives and then doing something about it. As a school board member, I can listen, learn and act!”

Francesca said that education has always been her focus, and indeed she was K-12 education policy specialist for Assemblyman Rich Gordon for two years. “Investing in education is the best way to improve our society overall,” she said. “You can take a kid and build him into a great citizen. It’s upstream work.”

To those who follow physics, “Segrè” may be a familiar name. Her paternal grandfather was Emilio Segrè, the Nobel prize-winning physicist who worked on the development of the atomic bomb. “He was an incredibly prominent and important figure. We understood that. We were aware of his place in history—and his impact on the world.”

Francesca had a much closer relationship with her maternal grandmother Frances Bergman, whose house she now lives in. “She was a professional from the get-go,” Francesca recalled. “She got her PhD in France during World War II. Her family all died in the war. She became a fashion designer in San Francisco, driving up El Camino each day to work. I was always impressed with her creativity and her drive to be a professional.”

[Notes Frances’ obituary that appeared in the San Francisco Chronicle in 2001: “Thanks to her work at the sports outfitter White Stag, color appeared on the ski slopes in the mid 1950’s. It was also during this time that she invented the car coat and introduced toggle closings to contemporary fashion.”]

Francesca has two children in Menlo Park schools, and her mother also attended Menlo Park schools. Given the current news coverage about schools finally re-opening, we asked how it was that Menlo Park schools were ahead in providing in-person instruction, (which she underscores she was not a part of as it was before she was elected to the school board).

“The Board and [Superintendent] Erik Burmeister took intelligent risks informed by science. Over last summer when everyone was freaking out, Erik and his team were working their butts off to come up with a plan. A plus was the foundation of strong trust with the teachers union that had been built up over the years.”

Looking to the year ahead, Francesca sees a need to focus on social-emotional wellness in the 2021-22 school year. “What we’ve learned, we have to unlearn,” she said.  “The pandemic taught children not be together and not to share. And to be apprehensive. We’re going to need to intentionally help children recover their innate trust and kindness. That should be a priority for us.”

Thanks Linda Hubbard for a fun interview and a punchy write-up. Thanks for keeping our community up to speed on who’s doing what and why!