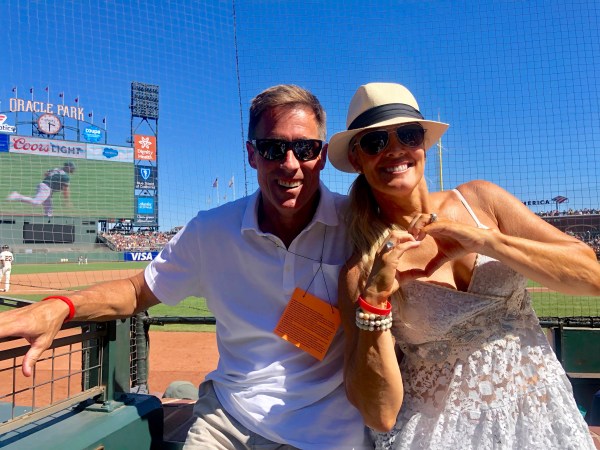 Lou Gehrig, the man who was once a permanent fixture in the New York Yankees lineup, now has a permanent place on the Major League calendar. June 2 will be known as “Lou Gehrig Day,” and Lesley Heller and her two children, Lauren and Michael, will be in attendance—on two coasts.

“After Kevin was diagnosed with ALS, we joined a small committee to help encourage Major League Baseball to adopt a league-wide, annual Lou Gehrig Day,” emails Lesley. “MLB was totally excited about it and adopted the idea. Kevin lived long enough to know that MLB had made this decision, and he was so thrilled to be part of this huge accomplishment.  [Menlo Park resident Kevin Heller passed away in January after battling ALS.]

“We will celebrate the inaugural event in Yankee Stadium on June 2 with the entire Heller family…  The Yankees are special to Kevin since he grew up in New York.  Kevin will be recognized at the game.”

According to MLB, on Lou Gehrig Day, all players, managers and coaches will wear a special uniform patch with red “4-ALS” (the logo bearing Gehrig’s retired uniform number with the Yankees) wristbands available to be worn in-game.

The June 2 date is significant in Gehrig’s story both as the day he became the Yankees’ regular first baseman in 1925 and, sadly, as the day Gehrig passed away, in 1941, roughly two years after he was diagnosed with ALS.

The San Francisco Giants don’t have a game on the June  2, so they will hold their Lou Gehrig Day game this year on June 3. “We are flying back from New York City in time to go to the game,” says Lesley. “Crazy itinerary, but we can’t imagine missing it!”

Amongst many festivities, the Giants plan to recognize Kevin in a pre-game moment of silence before the national anthem. “I can’t think of a better way to remember Kevin,” says Lesley. “He was a West Point grad, and a very patriotic American.

The annual Lou Gehrig Day will be a time not only to honor and celebrate the legacy of the Hall of Fame first baseman but to raise awareness and funds to fight amyotrophic lateral sclerosis (ALS), the awful disease that ended Gehrig’s life and informally bears his name.

The Heller family is raising funds for the ALS Golden West Chapter via giveemheller.org. Others we know who are living with ALS support the fundraising efforts of  the ALS Therapy Development Institute.