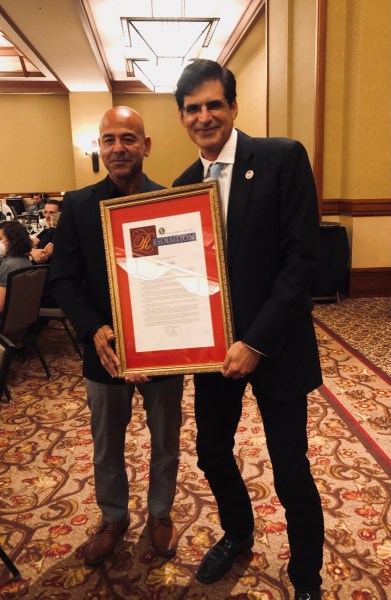 Named by Senator Josh Becker as the 13th Senate District’s Small Business of the Year, Bistro Vida in downtown Menlo Park is being celebrated today in the capital as part of an annual salute to small businesses throughout the state.

“Bistro Vida and its owner Ali El Safy are standouts for recognition as the 13th Senate District’s Small Business of Year,” said Senator Becker, D-Peninsula. “Community spirit is part of Bistro Vida’s DNA. That’s been clear since Ali opened the doors in 1998. Thanks to that unflagging spirit and Ali’s leadership, Bistro Vida not only met the challenges of the pandemic, the restaurant—and its owner—also helped keep the vibrancy of Menlo Park’s downtown alive.” 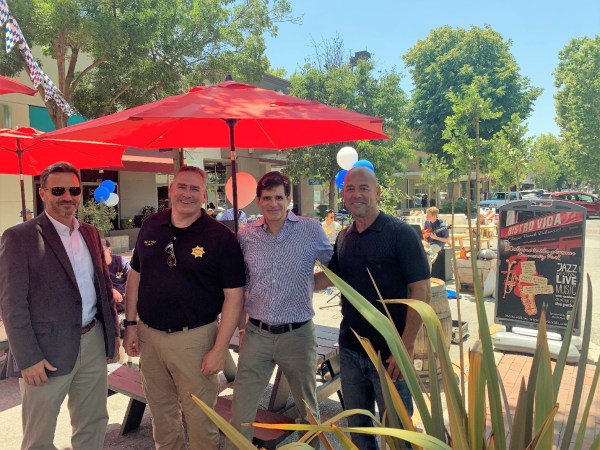 “I’m honored to accept this recognition,” Ali said. “The pandemic was an eye-opener on how to run a business and survive in hard times. I am really thankful for the support of the community, the city and the government. The City of Menlo Park worked hard to reinvent the downtown. I did what I could. I kept all my employees, and we all did what we had to do to get over that hump. We reinvented ourselves. Everybody pitched in, and now there is light at the end of the tunnel.”

Great restaurant and outdooor atmosphere downtown but the prices have gone up significantly recently! A sign of the times . . .