Remembering when a gondola stretched from Portola Valley to Skyline 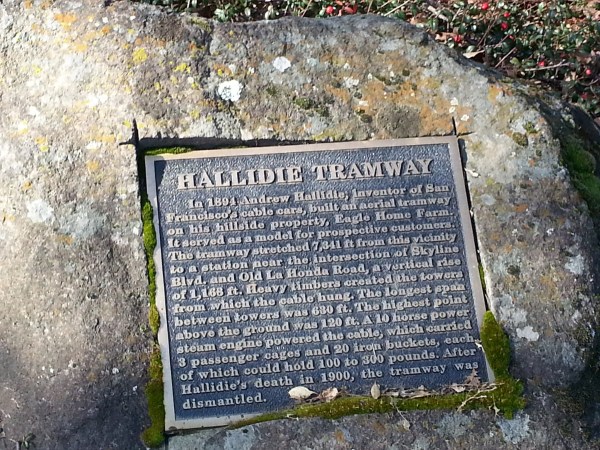 A professor’s envisioning of an aerial tram stretching 10 miles from Interstate 280 to Half Moon Bay renewed my interest in Andrew Hallidie, famous for inventing the San Francisco cable cars that take tourists “half way to the stars.” Few people are aware that Hallidie built a tramway from his home in Portola Valley to the Santa Cruz Mountains.

College of San Mateo business professor Dr. Peter von Bleichert knows the ropes, pun intended. He is the great-great-grandson of aerial ropeway pioneer Adolf Bleichert, whose firm built trams throughout the world. Von Bleichert, who recently wrote of his plan in Wire Rope News, said his family, along with a partner, “built the majority of mining and passenger systems in the western United States.”

A gondola to Half Moon Bay would, among other things, “alleviate traffic” and “spur economic development and urban renewal,” said von Bleichert, whose dream tram would be much longer than Hallidie’s, which measured about a mile and a half. There wasn’t much traffic to alleviate in 1894 when Hallidie’s tram debuted. Many wondered why he wanted to build such a spectacular and apparently useless device in Portola Valley. The late historian Dorothy Regnery concluded the reason was the simplest and most logical.

“Hallidie was in the wire and cable business and his aerial tramway was a working demonstration of his product,” Regnery wrote in a 1959 article in La Peninsula magazine. 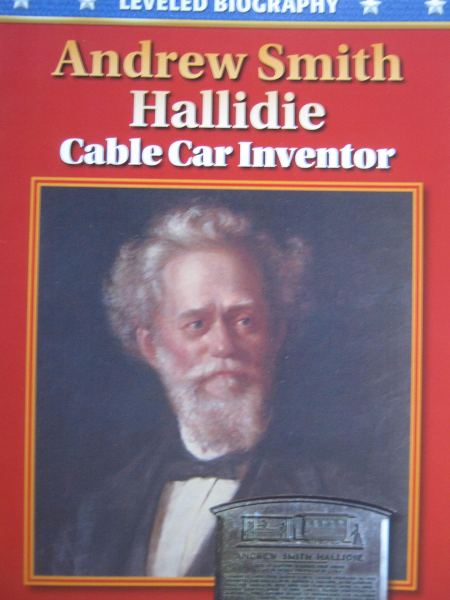 A history marker on Portola Road informs visitors that the tramway ended at a station near the intersection of Skyline Boulevard and Old La Honda Road, a vertical rise of 1,168 feet. Heavy timbers created the towers from which the cable hung. The longest span between towers was 630 feet. The highest point above ground was 120 feet.

The device had 20 buckets for up to 300 pounds of cargo that could include ore, wheat, or wood products. There were also three cages capable of carrying two passengers on the 30-minute ride to a turnaround platform from which the entire Bay Area could be seen. The system was powered by a 10 horse power steam engine.

On Aug. 2, 1894, The Redwood City Democrat newspaper reported on the “novel form of railway” at Hallidie’s Eagle Home Farm located on the west side of Portola Road. Hallidie, the newspaper reported, had built many such tramways that are “working very satisfactorily.” The Portola Valley system “is perfectly straight and passes over very rugged country.” According to Regnery’s account, crews of Chinese laborers cleared the land and helped build the towers. The workers were housed in tent camps on Hallidie’s land.

“The buckets suspended from the cable, much like some ski lifts, swung out over young orchards and mounted the steep slopes, keeping a straight course over canyons, gulches, and hills, from the rough timber tower to the next, and on to the summit,” she wrote. The summit platform was near what was then a dirt ranch road.

The tramway’s operations were limited, usually as a sales pitch to prospective customers, but there were also special occasions, such as the dedication of a school in 1894 when the climax of the ceremony was the sight of the tram’s buckets moving slowly up and down the hillside.

Hallidie died in 1900 and shortly after the tramway was sold, dismantled and taken to a copper mine in Mexico. All that was left were a few remote tower bases. The land that had been cleared to make way for the line was soon overgrown by oak and madrone trees as well as dense shrubs.

According to historian John Edmonds, Hallidie, who was born in England, learned early in life how to braid wire to increase its strength. When news of the California Gold Rush reached him, Hallidie went to America where he discovered that his engineering talent was as good as gold. He established the California Wire Rope and Cable Company in San Francisco in 1857 and was quickly inundated with orders for cables and machinery.

This article originally appeared in ClimateRC; used with permission