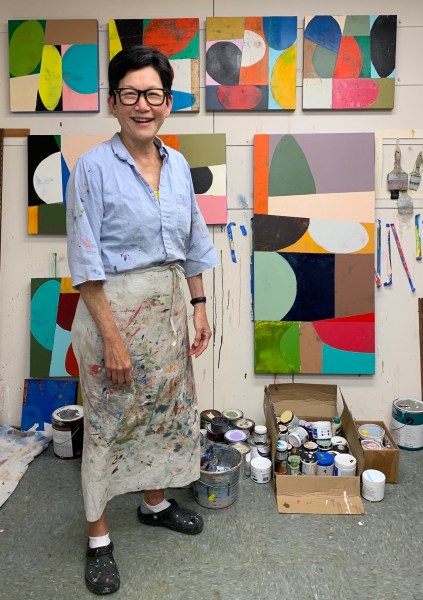 Menlo Park resident Terry Tsu has always loved making things with her hands. “As a child, I’d weave, knit, do ceramics,” she recalls. Now thanks to a class she took in 2017 “that changed my life” her hands are staying quite busy with a variety of artistic projects, working in oil, mixed media and, more recently, collage.

“The class, called Creative Visionary Program, was taught by Nicholas Wilton,” she explains. “He has a huge following with thousands of students from around the world taking his classes. He doesn’t so much teach painting as but rather talks about getting rid of limiting beliefs that aspiring artists have. ‘You always think you’ll never be ready’ — that’s what I needed to hear.

“While I’ve held a variety of positions, I’ve never had career I really liked. What is calling me now is this whole self expression. I enjoy the physicality of the paint. Goes back to working with my hands. I’m finally doing what I want to do!

“I started showing my work for the first time in 2018, through open Silicon Valley Open Studios. Since then my work has been in multiple national and international juried shows.” 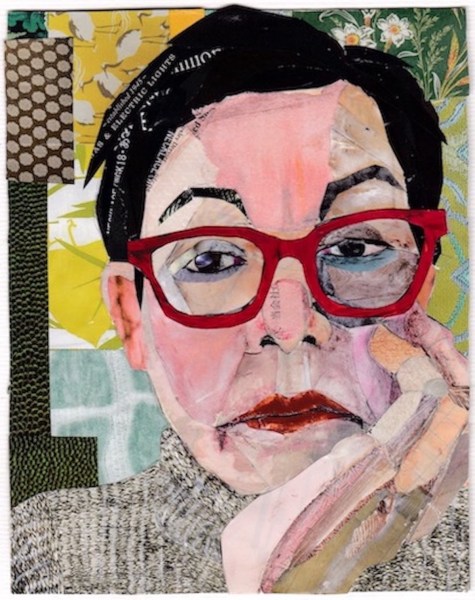 One of Terry’s recent projects is a series of self-portraits. “It came out of an online class where the teacher wanted us to complete a sketchbook, something I’ve never been able to accomplish,” she says. “I tried a couple of mediums that didn’t work out and discovered collage, a medium new to me.

“I posted them on Instagram and got a positive response. I ended up doing 50. It was fun to see how they progressed over the months. It was such an intense project. The last one shows me smiling!”

Terry had the satisfaction of the Triton Museum in Santa Clara selecting one of her self-portrait collages (shown above) to display last summer. Another was selected to be on the postcard for the O’Hanlon Center for the Arts annual women’s show.

“Somehow the self-portraits speak to people,” she says. “That makes it all worth the time and energy!”