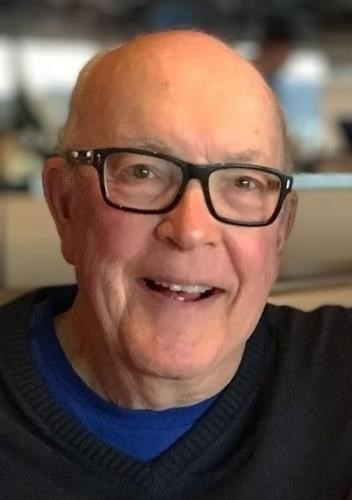 Editor’s note: Don was my lifelong friend Barbara Cameron Slaton’s big brother. We were all at Hillview School together many decades ago. He was one of the smartest — and nicest — people I’ve ever met. Linda

Don passed away at home on August 4, 2022, from multiple myeloma and complications from advanced prostate cancer. He left the hospital on May 8 with Hospice Care after doctors told him he would not be able to tolerate the treatment for MM.

Don was born on December 22, 1941, in San Mateo, CA, to Emmet and Julie Cameron. He lived for a time as a child in New Jersey and Indiana before the family moved back to California for Emmet’s work. He grew up in Menlo Park and Atherton, and graduated from Menlo Atherton High School. He then graduated from MIT with a major in Math and was affiliated with Alpha Tau Omega fraternity. He received an MBA from Stanford University.

Don had a 35-year career with IBM, working in Palo Alto, San Francisco, Morgan Hill, and San Jose performing many roles. His favorite assignment was in the International Technical Support Group which involved consulting, teaching, writing, and travel. Following retirement from IBM, he taught for the Princeton Review.

Don was an active member of Los Altos United Methodist Church (LAUMC) for 45 years, sang in the choirs and most recently was on the Board of Trustees. He also was active with Sons in Retirement (SIRS) Branch #35, arranging music and playing the piano for the Trail Birds.He will be remembered for his booming Bass voice; his love of music, travel, and languages; his wit and love of puns; his adventurous enthusiastic spirit; and his encyclopedic knowledge of almost everything. But nothing topped his love of family.

Services will be held at LAUMC, 655 Magdalena Ave, Los Altos on August 27 at 1 pm. Masks required. The service will be streamed at https://live.laumc.org. In lieu of flowers, donations may be made to LAUMC, the Hospice of the Valley, or a charity of your choice.