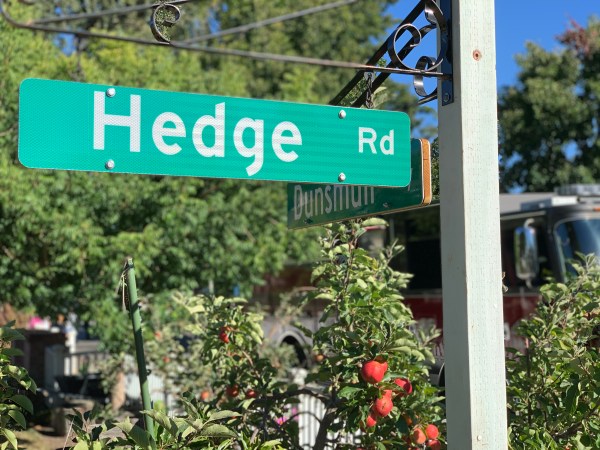 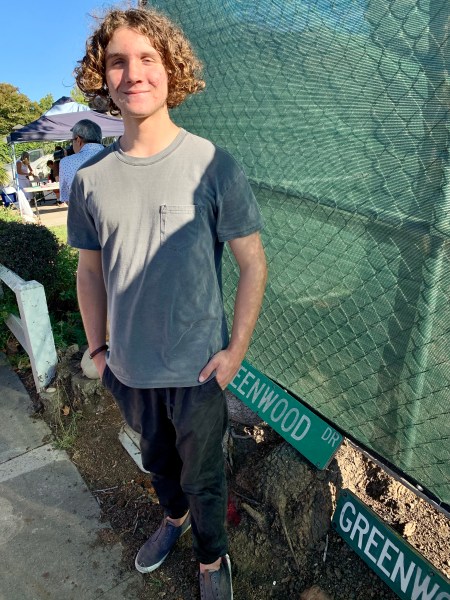 Last year InMenlo covered the annual Suburban Park street dance and the history of its distinctive street signs. That event was the seed for the replacement of the signs which were on display at this year’s street dance.

Suburban Park is the only neighborhood in Menlo Park to feature these custom street signs; hence the City of Menlo Park declined covering the costs of restoring them. That led Eagle Scout candidate Henry Spooner of Troop 222 to approach the neighborhood board, asking for their support in requesting donations from the Suburban Park residents to fund the service project.

The neighbors banded together and donated all the money to cover the cost of the signs, including the redwood posts, the scrolled metal brackets, and the green reflective-lettered directional panels.

InMenlo stopped by the festivities, where Henry was given an award of recognition by Council member Drew Combs, on Saturday. You can read details about the project on Henry’s website. 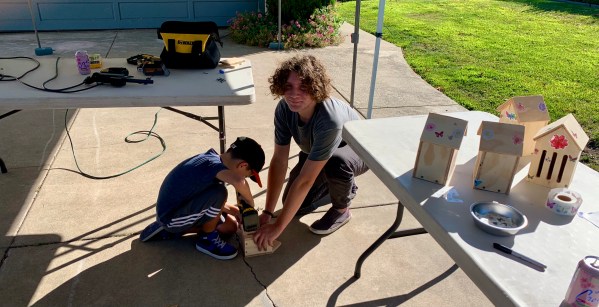 Photos by Linda Hubbard (c) 2022; Henry is pictured helping a young neighbor make a bird house and with the old signs.