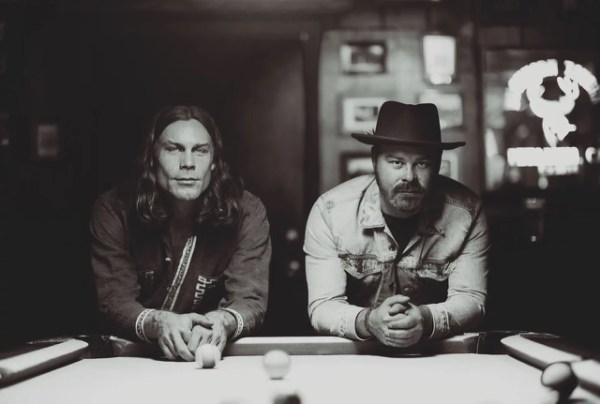 The Coffis Brothers will be in Menlo Park at The Guild Theatre on Thursday, November 17 touring for their new album, Turn My Radio Up. The 5-piece band, led by Kellis and Jamie Coffis, take the American roots rock sound and imbue it with a Northern California sensibility. They have local roots as their grandfather was longtime principal at Menlo Atherton High School.

With Turn My Radio Up, The Coffis Brothers salute the glory days of the FM dial while planting their flag firmly in the present. Recorded at producer Tim Bluhm’s (The Mother Hips) home studio in Marin County and at 25th Street Recording in Oakland CA, Turn My Radio Up is an album for car stereos, hazy afternoons, and long highways. Jangling guitar leads and front-porch folk songs share equal space with heartland rock anthems and campfire-worthy Americana ballads, all dreamt into existence by a group of road warriors who wear their West Coast stripes proudly.

“It’s all-American music,” says The Coffis Brothers’ co-frontman, Kellen Coffis, about the album. “There’s rock, blues, acoustic folk, and country in there. As music fans, we go all the way back to the beginning — to pioneers like Buddy Holly and the Everly Brothers — but we also look to artists like the Eagles and Tom Petty for influence. That’s our playbook.”

The Coffis Brothers will be opening for Aaron Lee Tasjan.

Thanks for highlighting this event. Linda Hubbard did a nice job of including some background about the band’s music and culture. Folk/Blues and Roots music are hugely popular in the United States; Silicon Valley may not be their strongest market. 🙂