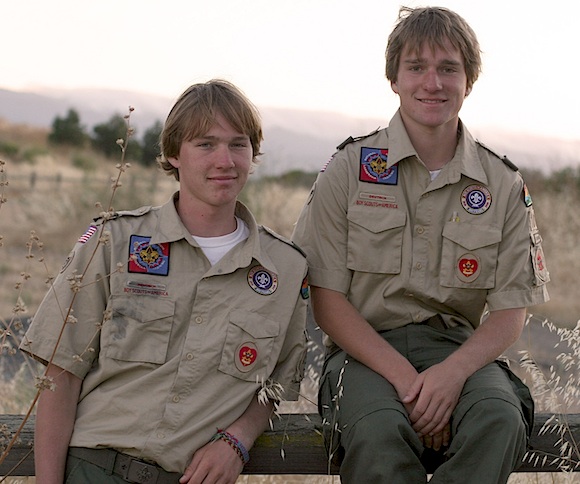 Philipp is building a permanent orienteering course for which he received a generous grant from the Bay Area Orienteering Club. According to BAOC, in orienteering, you use a map and a compass to locate a series of points shown on a specialized topo map, choosing routes — on or off trail — that will help you find all the points and get to the finish in the shortest amount of time (assuming that you choose to be competitive).

“The permanent orienteering course at Bayfront will enable visitors at the park to experience the park in a new way, while also being introduced to a new sport,” says Philipp, who’s been orienteering “since I was in diapers and strollers” and plans to continue to participate. He hopes to have the final approvals in place shortly and start installing the orienteering markers in mid-July.

Daniel is creating new signage for The Great Spirit Path. Currently, the markers are either very weathered and unreadable or totally absent. “I’ve done 53 signs in Adobe Illustrator and currently requesting bids from three companies to have them made,” he says. “Then I’ll mount them to wooden posts which will be planted with concrete in the ground.”

To raise funds for the project, Daniel is hiking the 222-mile John Muir Trail. He’s hoping to get people to sponsor each mile with an average contribution of $10. You can make a donation on his website.

“If someone has connections to Home Depot and I can get the wooden posts donated or if I can get the signs made with a big discount, then I would need to raise less money,” he explains.

Daniel plans to finish the fundraiser hike on August 15 and if he’s raised enough money for the necessary material, he hopes to have the new markers installed by the end of September.

I would be interested in learning more about Phillip’s plans for establishing the orienteering course and what the markers will look like. I have a scout in Wisconsin that is looking at creating the same thing for a state park and learning from someone else would be helpful.