Transformation of a home – designer/homeowner’s view

Enter the Kang household, and you’re struck by the openness, the light, the mix of contemporary and traditional furnishings, selected to reflect the homeowners’ personalities. Surinder Kang wore twin hats – homeowner and designer – in what is her fifth design project. What is all the more remarkable is that she was trained as a radiation therapy technician, not an interior designer.

“I was always interested in design, but I wasn’t encouraged in that direction,” she says. She’s now done the design on two tear downs and three remodels, all in Menlo Park. 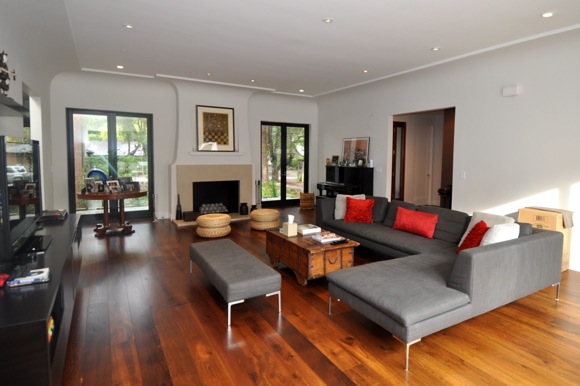 Surinder is pleased with the flow, a combination of the bones of the original Spanish bungalow that was built in the 1920s and new architecture from Ana Williamson. She’s feels good about the somewhat dramatic color palette. And then there is the abundance of light. 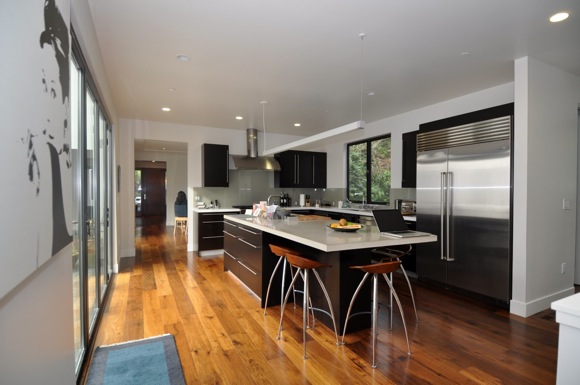 There’s a 11 foot window/door that goes from the kitchen to the patio, functionally extending the space of both during warm weather. In the living room, the windows were taken up to eight feet. “I like a lot of light,” she says.

Given the largely traditional homes in her Menlo Oaks neighborhood, what do her neighbors think of the bold modern home in their midst. “I think they’re relieved that we didn’t tear down the original bungalow and replace it with one of those mini-mansions.”

Awesome work!! Can’t wait to see your next project!