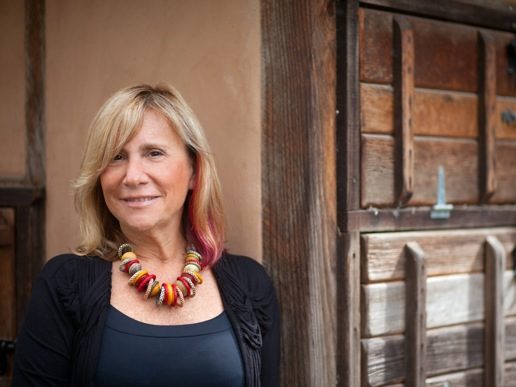 Imagine sitting down with Jesse Cool and not talking organic food or sustainability or what was happening at her restaurant (Menlo Park’s Flea Street Cafe) or other eateries. Of course, when you’re at her home, it’s impossible to ignore the large organic garden and the chickens in the backyard. While we did drift out to the backyard for some photos (in the rain), we were there to talk about Jesse’s recent experience in Africa and her long support of JobTrain and its graduates.

At JobTrain’s annual Breakfast of Champions fundraiser on May 4, Jesse is being honored as Role Model of the Year. (She’ll be sharing the stage with 49ers head coach Jim Harbaugh, who is this year’s featured speaker.) “My relationship with JobTrain goes all the way back to Late for the Train days,” she said. “The culinary training they offer has really evolved over the years thanks to Chef Adam Weiner. Just in the past year we’ve hired three JobTrain graduates, two at Flea Street and one at Cool Eatz. 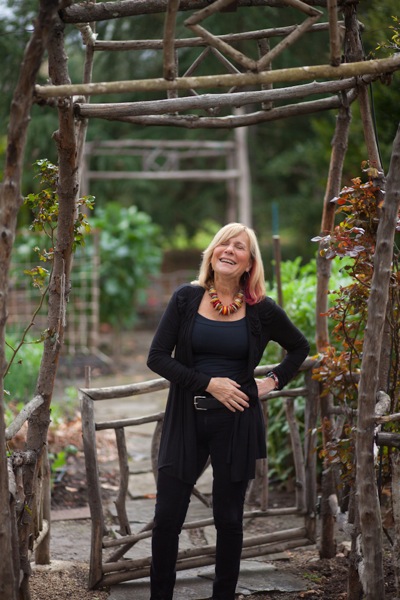 “It’s a learning experience for both sides. I think it’s my responsibility to give back because I’ve been given so much. Many of the people trained at JobTrain have really struggled. It’s so rewarding when you find talent and dedication to the food industry and can provide an entry into a profession.”

And she’s seen successes. One young man who spent a year and a half working his way up the kitchen pecking order at Flea Street is now at Everest in Chicago. “My chef Carlos [Canada] spotted him right away and told me he was going to make it,” she said.

The talk turned to Rwanda when we commented on the baskets on the wall behind Jesse’s kitchen table. She’d heard about the work Women for Women International was doing in Africa through a woman who’d taken one of her cooking classes. “I found myself reading books about Africa instead of books on spirituality,” she said. “Reading about people living in conditions of despair and hopelessness who are transformed thanks to love and community was inspiring. It was a way to self-discovery for me.”

Through the organization, Jesse sponsored a women, supporting a program that provides financial assistance for job training and human rights awareness. And she became increasingly drawn to the idea of visiting Rwanda, which she did earlier this year. 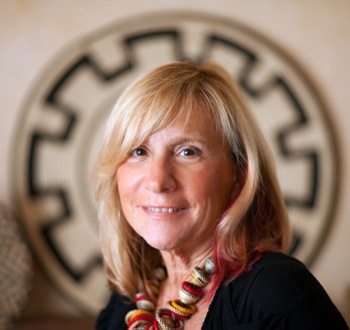 “I knew that I’d learn more about myself by cooking with Rwandan women and learning more about their traditional food,” she said. “I bought home a lot of baskets — and more are on their way here. Each has a story about the woman who made it. I’m in the planning stages of an event that will showcase the baskets and feature a woman cooking Rwandan food. It won’t be chichi, but I hope it will demonstrate how Women for Women helps make these women more self reliant.”

Jesse’s current global outlook may surprise some people who so associate her with everything local. “Local is important, supporting organizations like JobTrain,” she said. “But I see it as an ever expanding circle — reaching out to people who can use our support even if they’re on the other side of the Earth.”

Note: Tickets to attend Breakfast of Champions are available online; if you or your company is interested in sponsoring the event, contact Kail Lubarsky, (650) 330-6569.

Very nice article and rewarding. JobTrain need to be in every city in
California.