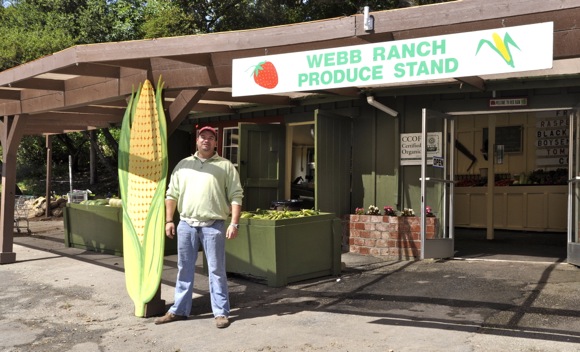 Menlo Park’s local produce stand — Webb Ranch on Alpine Road near 280 — opened today, 20 days earlier than last year and almost a month earlier that what had long been the traditional Memorial Day weekend. “We missed everybody,” said manager Deano Lovecchio with a grin. “As long as the weather is good, we like to open to extend our season.” 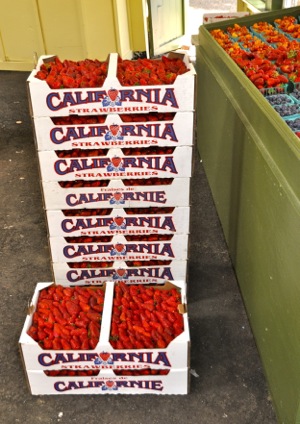 Deano had just received a delivery of strawberries from Rodriquez Farms in Watsonville, the long time vendor of choice. “They pick and deliver daily and you can’t beat that,” said Deano.

There’s no Webb Ranch-grown corn or tomatoes yet – they’ll arrive in the summer. But Deano was particularly proud of the new corn cut out. “I give credit to an art class at Palo Alto High School,” he said. “Somehow I remembered just enough!”