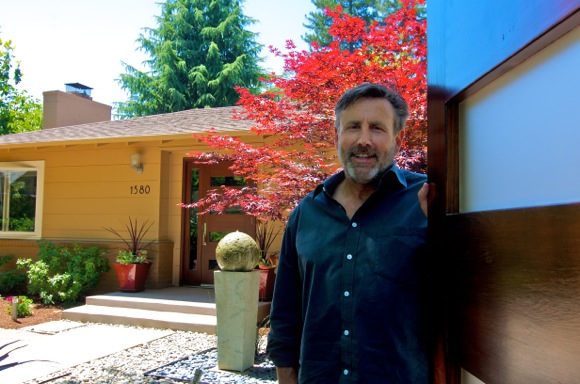 Stroll the streets of Menlo Park and a Keith Willig designed front yard is likely to grab your attention. The landscape architect has been transforming local yards for about 20 years, often using what he describes as a “modern paint brush.”

“We like to keep it simple and honest,” he says. “We tend not to go in the gilded direction.”

Menlo residents Jackie Pelavin and Mark Cohen had redone the interior of their west Menlo home and one corner of the front yard. But their driveway “looked like a grenade had been thrown on it” according to Jackie, and most of the rest of the front was covered with not very exciting grass. 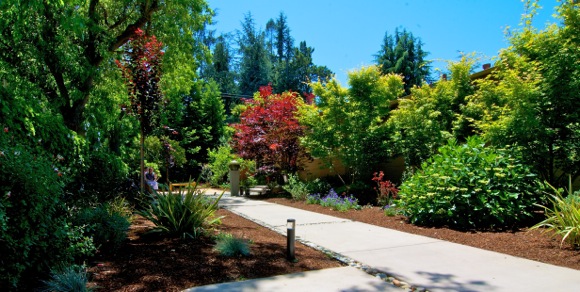 Having admired work Keith had done for a friend of theirs on San Mateo Drive, they retained his services. “I wanted to present the house from a different view, not a long view,” said Keith (pictured), who incorporated a second front door into a tall ivy wall that harmonized with Jackie and Mark’s new front door into the house. “When you open one you see the other,” he said. “And the pathways jog, eliminating the runway effect.”

“Before, the yard was a transition space from front door to driveway,” he continued. “Now I think there is a sense of place. It’s a private space even though it’s a front yard.”

His clients are pleased. “When I’m walking home in the evening I feel like I’m entering a park,” said Jackie.

Added Mark: “It’s a relaxing place — and interesting at the same time.”