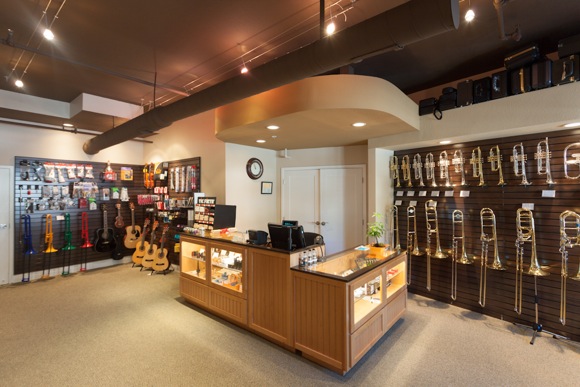 It was almost exactly a year ago that James Manganaro opened his musical instrument store on Oak Grove Avenue in Menlo Park, vowing that he was trying to “build a music store that is like a music store is supposed to me.” The good news is that the store, Bridgepoint Music,  is thriving, with many of the services that were still a glimmer in his eye a year ago. 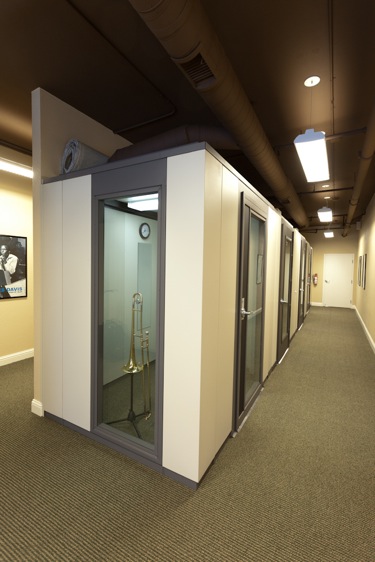 In addition to brass instruments, he also stocks string instruments. And the back of the store features sound-proof practice rooms (left) where local teachers instruct students. In addition, his instrument repair services now meet the needs of both student amateurs and professionals. There are even a few guitars for sale for people just taking up a musical instrument.

“There’s something about Menlo Park — the people here really want to support local businesses,” he said, when we stopped by the store recently. “On one hand, I expected it, but the support has really exceeded my expectations.”

James is going through one of his cycles of busy periods. When school let out in June, he was flooded with instruments to repair. Now, as the various local public and private schools begin their academic year, his rental business has spiked.

He’s resolved to continue the goal that prompted him to jump into the business in the first place: “We’re really trying hard to be a well-rounded music store that has something of everyone.”