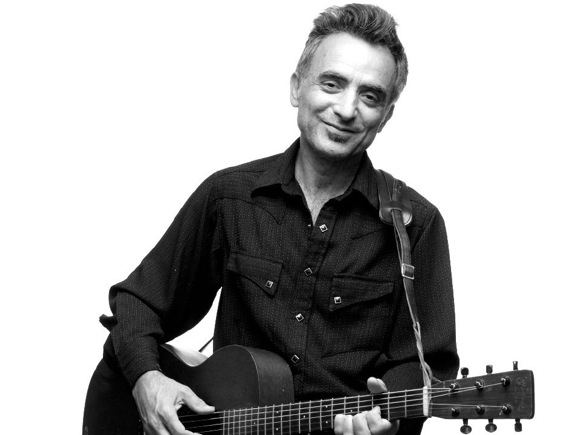 Austin, Texas-based troubadour is appearing at Cafe Zoe in Menlo Park on Thursday, Nov. 12 at 7:00 pm with doors opening at 6:30. Tickets are $20 at the door.

Upon arriving in Austinin 1990 from New York City,  Fracasso was promptly voted Best New Artist in Music City Texas ‘Insiders’ poll and was able to record his first CD, Love & Trust, which features a duet with Lucinda Williams.

He has made two albums with producer/ guitarist Charlie Sexton (World in a Drop of Water and Back to Oklahoma) and also collaborated with Charlie to write and record the music for the movie Monster Hunter. His 2004 album, Pocketful of Rain featured a duet with Grammy winner Patty Griffin for whom Michael opened her Spring 2006 tour.

For his seventh CD, Saint Monday (April 26, 2011) Fracasso returned to a harder-hitting sound of a full rock band and “…remains one of Austin’s most distinctive voices” according to  Jim Caligiuri of the Austin Chronicle.