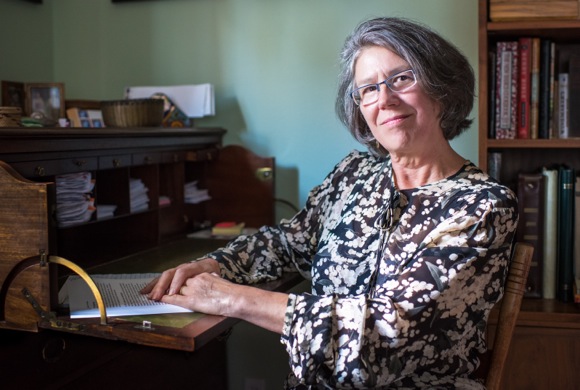 When Menlo Park resident Beth Bonora graduated from Cal in 1970, her profession didn’t exist. Today, her trial consultancy and research firm, Bonora Rountree, is one of the most respected in the country, handling both criminal and civil cases. The story of how she came to establish the field involves one of the most dramatic events of the early 70s. First, some background.

Beth grew up in Atherton, graduating from Menlo-Atherton High School. When she finished at Cal, she thought she’d go to law school but decided to see “the reality of practicing law” first.

“I went to work for Don Jelinek, a criminal defense attorney,” she said. “He had worked in the South during the time of the civil rights uprising, defending protestors who were jailed and charged with crimes. Not afraid of controversy, he took on the defense of the Native Americans who occupied Alcatraz and were subsequently charged by the Federal government.”

In lieu of law school, Beth started an apprenticeship under Jelinek’s tutelage. He devoted five hours a week to teaching her about the law. Her intention was to take the bar exam when her studies with him were finished. But the revolt at Attica Correctional Facility in 1971 derailed that plan.

Beth reminded us of what happened and explained how it led her to becoming a trial consultant: “The four-day riot at Attica Prison came to a violent end as law enforcement officials opened fire, killing 29 inmates and 10 hostages and injuring many more. Charges were brought against 62 inmates, and they all needed lawyers. Jelinek took on the task of finding lawyers who would defend the inmates. He moved to upstate New York, and I went with him.

“The trials were held in Buffalo. Because I didn’t know much about criminal law, I was charged with figuring out how to get a change of venue or, if not, how we could we get a decent jury. I worked with two professors in NYC — a sociologist and a psychologist. They helped us to figure out how to deal with juries for the Attica cases.

“For two years, I worked running surveys of public opinion and talking with community people to understand the various views of what had happened at Attica. We challenged the jury system in Buffalo; we found that the jury commissioner had used procedures that blatantly discriminated against women and African-Americans. The entire jury pool of 10,200 was thrown out due to the racial discrimination. It was a huge victory for the defense.”

(Footnote: The resulting trials led to only two convictions, both of which were later overturned.)

After Attica, Beth started getting calls about doing more consulting. In 1975, she was a founder of the National Jury Project, the first trial jury consulting company in the U.S. She worked on many criminal cases including those involving the death penalty. In 2001, she left NJP and founded Bonora D’Andrea in San Francisco, which became Bonora Rountree, when D’Andrea retired, leaving Will Rountree the remaining partner.

Her first foray into civil law also has led to changes in how cases are tried. “It was an enormous antitrust case in San Francisco involving a major technology company. I became determined to help jurors understand complex cases. Patents, complex financial transactions, environmental pollution— they are challenging.

“Courts have slowly adopted procedures that help jurors, but really the burden is on the trial team. It has to be simpler, visuals are essential, experts are critical but often they are too abstract and complicated. Working with the trial team on these issues is one of the things that I enjoy the most.”

We concluded our conversation on a personal note, reflecting on how we both live where we grew up. “I do miss the East Bay,” Beth said, reflecting on the many years she spent living on that side of the Bay. “My son often asks me, ‘Mom, what are you doing here? Why don’t you go back to Oakland that you loved so much?’

“But there’s something so peaceful and beautiful here in Menlo that makes me happy.”

I remember Beth. She was in a HS class after me, but I believe my sister was in the same class of 66. I do know that she lived just around the corner from us. We lived in the second house from the corner, and she lived on Glenwood.

Great article, Beth. Every trial consultant in the country “owes you one”.
You are a true pioneer and inspiration to all of us.
Amy

I have always thought of Beth as the Mother of All Trial Consultants. Her wisdom and intelligence and compassion have led me in the right direction many times. I value her advice so much.

Your professional history is fascinating and I was happy to read it. I can see that you did very important work, with great dedication.