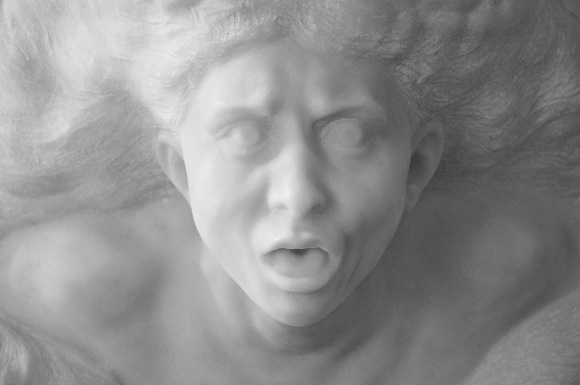 Over a course of more than a decade, Portola Valley-based photographer Alan McGee photographed the works of Rodin, first at nearby Stanford and then at other locations. A portion of those photographs are on display in February at Portola Art Gallery in an exhibit titled Rodin en Blanc. A reception for the artist will be held on Saturday, February 13, from 1:00 – 4:00 pm. 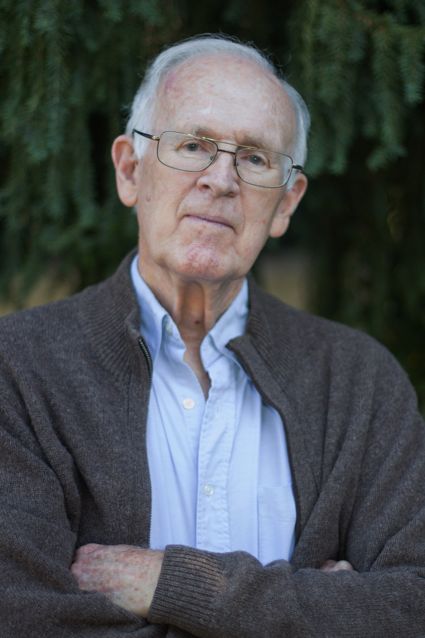 The show focuses on Rodin’s lesser known white works — those in marble or plaster — which Alan photographed at the Musee Rodin in Paris and at Rodin’s home and Atelier located in the Parisian suburb of Meudon.

“Rodin lived in Meudon,” Alan says. “There’s a big pavilion there and that’s where all the white plasters are. Photographing there is like being in a fish bowl. The light from changing sky affects the images.”

Most people associate Rodin with large cast bronze figures such as the monumental Thinker, which is about six feet high, not including the pedestal. In fact, all of Rodin’s mature works started out as clay figures; his clay model of the Thinker was only 27 inches high!

Rodin’s crew of technicians made plaster casts of these clay models. From these casts came Rodin’s sculptural works in sizes both larger and smaller than the model, using materials of bronze (casting), marble, stone or plaster that could be produced, theoretically, in any quantity desired.

While photography is now Alan’s full time pursuit, it wasn’t always the case. After graduating from Cal, he worked in the electronics industry, mainly at HP. “Around 1972, I thought I’d change careers and teach photography so I got an MFA at the California College of Arts and Crafts. I never did teach, though.”

The Rodin exhibit aside, his focus is mainly on landscapes. “I photograph what I feel about the landscape rather than the landscape itself,” he says. “It’s akin to animating the landscape. All sorts of strange things emerge.”

The Portola Art Gallery is located at the Allied Arts (75 Arbor Road) in Menlo Park.

This is the Alan I know, wish I could be there for your opening. Your work speaks to me with beautiful images.

Greetings Carol.
I have no idea as to whether this will reach you but I just want to say that, as my earliest girlfriend of record, I am delighted that my work does, indeed, speak to you!
Love,
Alan