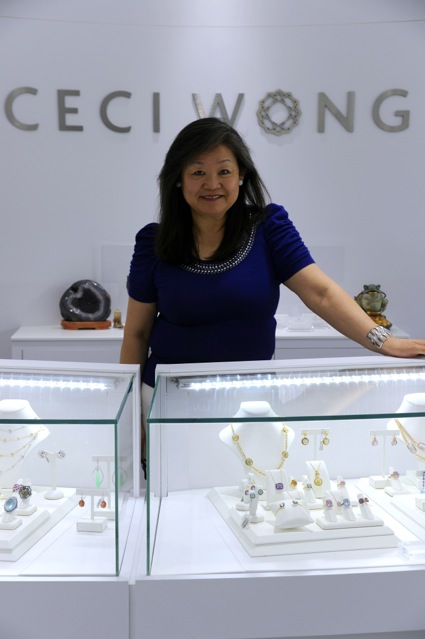 Ceci Wong, owner of the jewelry store by the same name in downtown Menlo Park, thinks she might want to write her autobiography. And a quick perusal of her life’s journey bears that out. Born in Hong Kong. Educated in London. Lived in Paris and New York. Employed by Tiffany’s and Neiman Marcus before going out on her own. And, oh yes, robbed by pirates.

“I was in Thailand with a girlhood friend,” she recalls. “We were 20 and fearless. We’d come ashore from the boat we were on and looked back at the water to see a sleek speed boat approaching ours. And then there was a lot of shooting. The pirates stole everything on our boat, and we had to find someone to lend us money and get us back to where we were staying.” 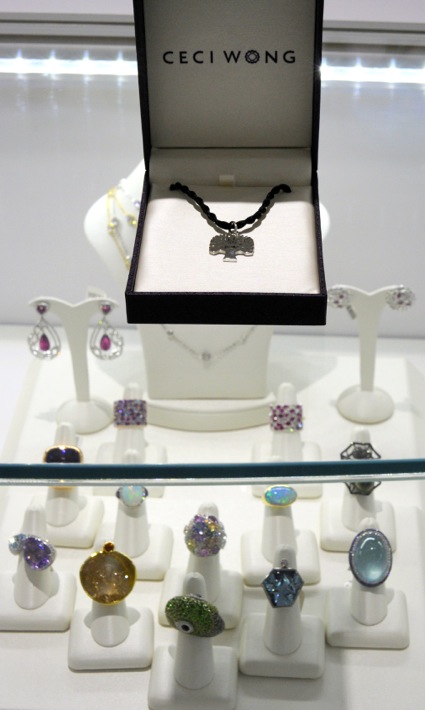 We’re not certain there is a link between this experience and the fact that Ceci and her daughter, Chloe Lee, are enthusiastic ice hockey fans. They follow the Sharks, have become a corporate partner of the team, and designed a lovely Sharks pin. Mother and daughter also ice skate together.

Where they find time for these pursuits is another matter, as they’re involved at the store, which opened at the end of 2014, most days of the week and always when it’s open Tuesday through Saturday. Both are GIA certified graduate gemologists.

“I’ve always loved jewelry,” says Ceci. “I’ve seen a lot of changes in the industry since I first became involved in the ’90s. Online shopping has had an impact. People are more knowledgeable. Your integrity as a jeweler is very important.”

There’s one thing you’ll find at Ceci Wong’s and no where else. It’s a sterling silver pendant in the shape of the Menlo Park tree symbol. “Catherine Carlton commissioned me to do it,” says Ceci. “It’s so nice to be part of the community.”

As locals are aware, Ceci opened her store in the nick of time with three jewelers — The Jeweler, Hirzel’s and Timothy Fidge — all disappearing from downtown Menlo Park over the past several years.