Three Menlo Park icons all soon to disappear, but it’s the people we do – and will – miss 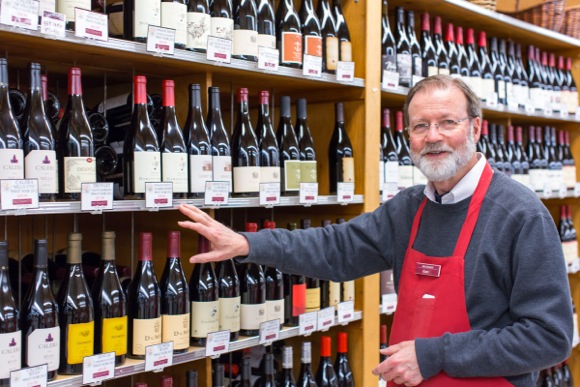 So, I add my voice to the many who lament on Do You Remember the Old Menlo Park, that icons we grew up with are, in rather quick order, going, going, gone.

Yes, the building on the former Roger Reynolds property that once housed Edy’s Ice Cream is lovely and quaint, but the truth is I haven’t licked an ice cream cone there since the mid-60s. Sorry to see it go, but… 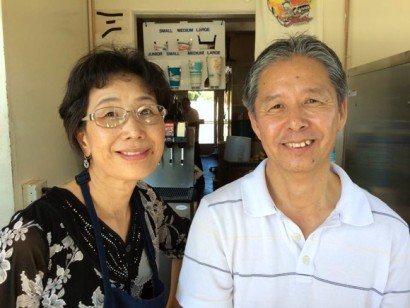 And there’s a part of me that wishes someone would bulldoze the shell of what was once Foster’s Freeze. It’s now a sad reminder of the great days spent there hanging out during high school. But for all the hue and cry when the owners (pictured right) announced they were retiring, most locals had not patronized the place in decades, even though they rushed to do so in the final month — a nice touch that must have been bittersweet for the Lees, who’d operated the franchise for three decades.

There’s that tendency to look back on Menlo Park in the 50s, 60s and early 70s and remember a kinder, calmer, easier place to live. But not all change is bad. Do any of us yearn for Jiffy Burger on El Camino instead of Cafe Borrone? And Fremont School was hardly a historical gem and much good work goes on in its location where Rosener House now stands.

But after today, there will be an irreplaceable void when Beltramo’s is no longer. In this case, it’s not about the building itself (you have to go way back to remember there used to be a bar in the back!) but the wonderful people within and the fabulous selection of competively-priced wine from all over the world. In retrospect, I, as I presume others in town did, took it for granted. [Side note: A burglar smashed a glass door and stole wine valued at $65,000 on July 14, according to the Almanac News.

Those who regarded it as an elite establishment for well-to-do residents of Menlo Park and Atherton, I doubt had ever stepped inside, found a clerk — our go-to guy was Gary Mulleneaux (pictured, top) — explained what they were looking for, and got pointed in the right direction at a price point within budget. And, oh the gems over the years, with my personal favorites the yearly shipments of French blush.

Like the Lees and Roger Reynolds’ owner Sally Halstead, I wish the Beltramos all the best in their retirement. All of these folks made their own decision to stop operating their businesses; no evil “big box whatever” forced them out. And to the staff at Beltramos, best of luck in their next ventures.

I just want them to know it’s the people, not the buildings, we do — and will — miss.

Photo of Gary Mulleneaux by Scott R. Kline (c) 2016; photo of the Lees by Susan Laird

I didn’t grow up in Menlo Park, but have come to appreciate the town’s remarkable history including that of many of is businesses. On the “Businesses>50” page of the Menlo Park Historical Association (are you a member?) at https://sites.google.com/site/mphistorical/home/businesses-in-mp-50-yrs, there are still 27 businesses (not always with the same continuous owner).

Just to clarify. I think it’s more correct to say that Beltramos, while not ‘forced out,’ was encouraged to close as a consequence of BevMo opening 1/2 mile down the road.

First, there is no comparison to the wine inventory that Beltramo’s carried compared to BevMo, which is rather sparse and limited. Any maybe BevMo beat them on price on alcohol, but so did Safeway which has co-existed with Beltramo’s for decades (and IMHO opinion, the El Camino Safeway has a better wine selection than BevMo). Second, the youngest generation of Beltramo’s had no interested in continuing to operate the store and knew they could get a considerable price for the land.

I remember when Safeway faced Middle Ave.,and Alec’s faced Middlefield.
Or to paraphrase Dorthoy Parker,’But I am old and good and bad are woven in a crazy plaid.’