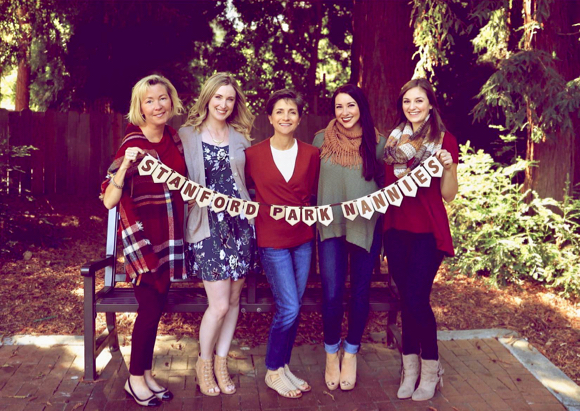 Menlo Park-based Stanford Park Nannies is not only celebrating its 20th anniversary this year, it is also the recipient of the 2017 Honors Award for Excellence given by the Association of Premier Nanny Agencies. The award is given to an agency that not only meets but exceeds APNA standards in its daily business practices.

“Driven by a low unemployment rates and skyrocketing costs of living, it can be easy for an agency to become complacent in regard to tax laws,” said founder — and Menlo Park resident — Daryl Camarillo. “Stanford Park Nannies prides itself on the fact that legal compliance is a requirement.

“In fact, Stanford Park Nannies is only one of two agencies in the country that require legal compliance. Additionally, of the 25-30 agencies that aggressively promote compliance, none of them has gone as far as turning away a client for their unwillingness to pay legally.”

Daryl explained that legal compliance is discussed with prospective families during the initial inquiry phone call. Additionally, during the in-person consultation, Daryl and co-owner Maggie Berkshire invest the time to provide individual counsel regarding legal pay and guide the client through the process.

“We’re motivated by the bigger picture of advancing the in-home childcare industry, respecting everyone we serve, and continuing to lead by example,” said Daryl.