Finally, moisture again falls from the sky on Menlo Park 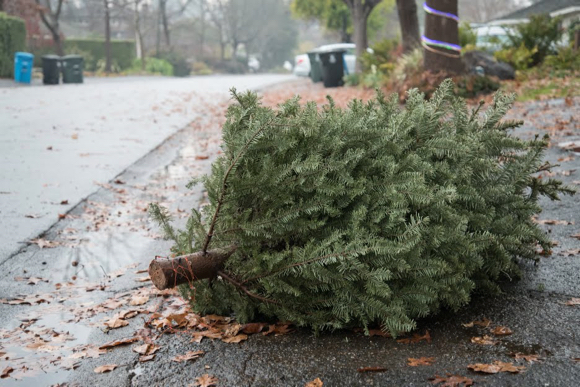 Yesterday’s rain, which started before noon and produced a good gully washer around dinner time, totaled just over a half an inch, according to InMenlo weather watcher Bill Russ who emailed: “This was better than expected. Now at 3.9” season-to-date. That compares to 9.85” this date in 2017 and 6.8” in 2016, so we are still behind.”

What got caught in the rain were dozens and dozens of Christmas trees that had been placed out for pick up by Recology on the Wednesday route. There’s a similar scene this morning, although skies are blue.

There’s more rain on the horizon beginning later tonight and extending into tomorrow with off and on showers.