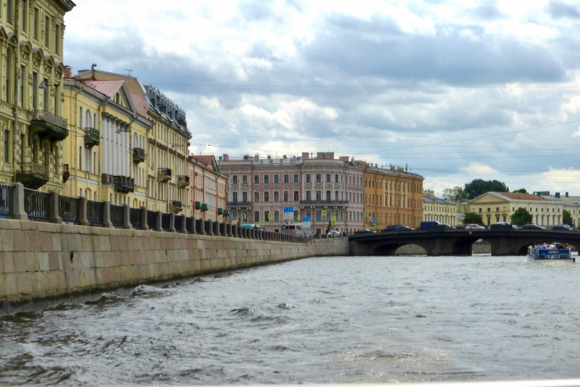 A week in Saint Petersburg, Russia, is spent by most visitors on a tour or cruise, seeing the numerous historical attractions the city has to offer. From Mikhailovsky Palace to the Hermitage, tourists are ushered from their hotel or ship to each destination, an experience ultimately granting little contact with locals and limited exposure to their way of life.

During my visit to the city in early June, my family and I enjoyed an unusual amount of freedom due to the World Cup, an event that allowed us to bypass the hectic and complicated Russian visa process that drives most to tour operators and travel agents. We structured our visit around the Iran vs. Morocco game, an exhilarating experience, but by no means the most rewarding part of the trip. 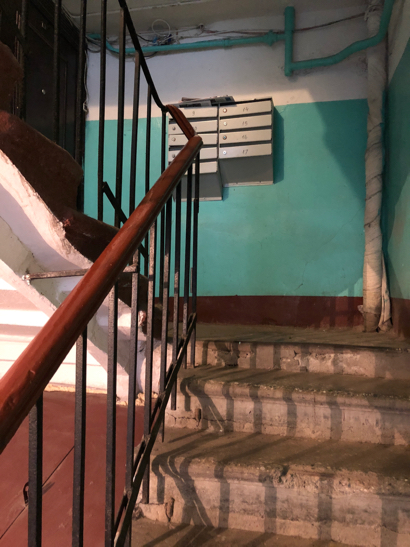 After arriving by train from Helsinki, we were driven to the apartment we had rented for the week on Grazhdanskaya Ulitsa, a street close to the Mariinsky Palace. In Saint Petersburg, most apartment buildings share a courtyard and parking area with a communal gate to the street. We waited in the courtyard, observing the crumbling and faded facades while taking in the stench of sewage.

At last the proprietor arrived, a Russian man in his forties by the name of Kirin. He led us up a flight of collapsing stairs to the property – a two-room, Soviet-esque apartment – before leaving us to fend for ourselves. Upon seeing the kitchen/dining area, I was instantly reminded of black and white clips of Soviet families crowding around tiny tables in cramped apartments.

The smell of urine and the cleaning products trying to mask it filled the space while rusting bars obstructed the courtyard view from the bedroom window. The combination of these factors made us uneasy. After multiple calls with the rental service, we were lucky to find a better apartment on the Fontanka riverbank, a beautiful canal feeding into the mighty Neva River.

In contrast to our experience on Grazhdanskaya, we were greeted by a kind, middle-aged Russian lady and her landlord who gave us a thorough overview of the property and ensured our comfort. We were lucky to find such a clean and simple apartment that suited our needs. Here we stayed for the next week, enjoying sweeping views of the Fontanka River and the local coffee shops. The ornate, Baroque architecture lining the Fontanka River felt like a completely different city from Grazhdanskaya’s dilapidated buildings.

While our experience at the first property was undoubtedly disturbing, it afforded us a unique window into the lives of the average Russian and the hardships they face. Being able to witness such distinct neighborhoods within walking distance of each other exemplifies the socio-economic disparity the city faces. Wealth and financial resources are concentrated in certain pockets of the city while other neighborhoods, such as the area surrounding Grazhdanskaya, are left with poorly maintained and cheaply built Soviet apartment blocks. 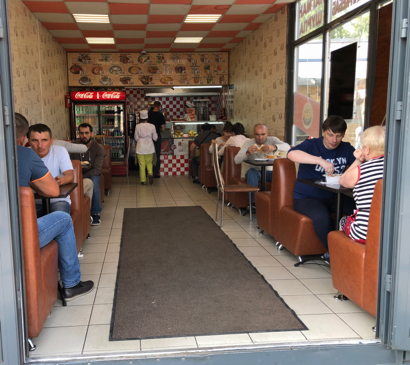 On our second day in Saint Petersburg, we rode the metro to Udelnaya, about seven miles north of the city center, to visit the famous flea market. After combing through Soviet postcards and watching locals shop for second-hand clothes, we began our walk back to the metro, stumbling upon a small Uzbek restaurant full of locals. Workers and families filled booths as they chowed down on hearty soups and dumplings. The eatery boasted a diverse clientele, as blonde children sat next to women wearing hijabs and laborers with black, chinstrap beards. A friendly, middle-aged Russian man urged me to try the manti, a pillowy dumpling filled with fried meat and onions, along with a glass of kompot, a traditional, Eastern-European fruit drink. The meal was affordable, only 300 rubles (about $5).

A young Uzbek couple ran the cash register, handing out plates of food and drinks. With a plastic spoon, I sliced through the silky outer layer of the manti, carving out a spoonful of filling and dunking it in a chili cream sauce. Each bite was a perfect mixture of noodle and meat, accompanied nicely by the sauce. The soft, dissolving skin made evident that these dumplings were homemade. The manti resembled xiaolongbao, the famous Shanghainese soup dumpling, reflecting the importance of the Silk Road on Central Asian and Russian cuisine. After sampling several other dumplings in Saint Petersburg, the quality of these homemade manti near the flea market was abundantly clear. 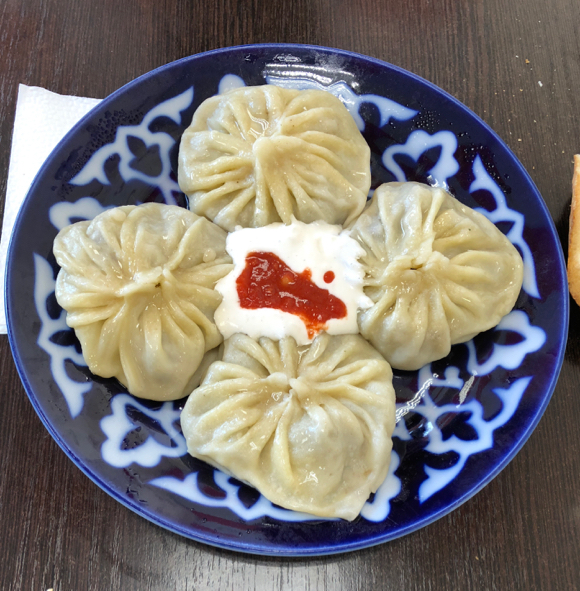 Visiting this restaurant granted us the opportunity to witness the ethnic and culinary diversity Russia offers. In big cities, Chechens, Uzbeks, and Tatars share the streets with ethnic Russians, similar to the presence of North Africans in France or Turks in Germany. These groups enrich the social fabric of the country through their food and cultural traditions. A restaurant such as the one we discovered in Udelnaya displays how food can help bridge ethnic divides and shows visitors the multitude of people who call Russia home.

Although I did not see every palace or cathedral during my trip to Saint Petersburg, I was lucky to enjoy such a raw and candid look at life in Russia that few tourists experience.

Beautifully and evocatively written. This brought back memories of my trip to Saint Petersburg several years ago. Although it was a cruise, we did have a special tour of the Hermitage during which our special art guide whisked us through the huge museum and its crowds making a B-line to one famous jaw dropping piece of art and then on to the next. I enjoyed myself tremendously although I usually like slow travel like Luca.