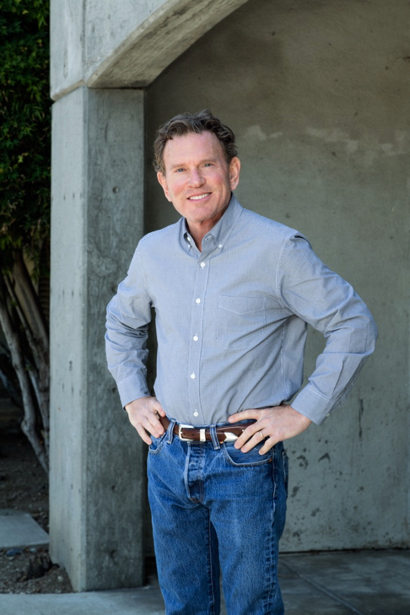 Sloane Citron of Punch Monthly in Menlo Park, CA. Photographed on May 18, 2018 by Scott R. Kline.

Last week, many homeowners in InMenlo’s coverage area received a brand new magazine on their walkway or driveway called Punch. The editorial focus should be familiar: It’s all about the Peninsula, stretching from San Francisco Bay to the Pacific Ocean, from Burlingame to Mountain View, the “true Peninsula.”

And while the magazine is new, the founder and publisher, Sloane Citron, is a long-time Menlo Park resident who also was co-founder of Gentry, where he spent over two decades.

Visiting with Sloane at the magazine’s Menlo Park offices, we learned that he was bit early by the journalism bug. “I started my first publication when I was in the second grade, living in Amarillo, Texas,” he explained. “I love seeing things printed, and when I was in junior high, I subscribed to Folio, a trade magazine about the magazine business. I must have been the youngest subscriber! 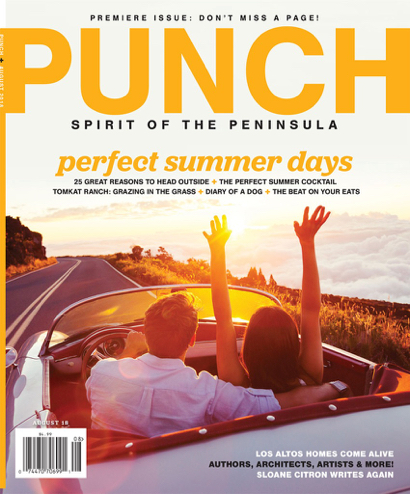 “I went East to Andover and launched a satire magazine there. While I was an undergrad at Claremont McKenna, journalism played a central role in my life. When I was junior in college, I got an internship at Los Angeles Magazine and came to really appreciate the sense of a regional magazine. It just suited me.”

After Sloane left Gentry, he got involved in his wife Judy’s successful real estate business. But print journalism again beckoned when he got a call from a media broker saying that Time Inc was selling Sunset. What started with 20 suitors narrowed to four bidders, with Sloane’s group being one of them.

“I was very disappointed when Time sold to a private equity group in Los Angeles. They were able to close the deal quicker than I could. That made more sense when Time itself was sold to Meredith Corporation just a month later.”

But Sloane’s work on the Sunset bid laid the groundwork for what would become Punch. “I wanted to create a true Peninsula magazine, one that was solely distributed on the Peninsula and offered an authentic and engaging look at the Peninsula, its people and opportunities.”

The name, Punch, was chosen after reviewing thousands of names. “I was looking for something that was modern, a little hip. I surveyed defunct magazine names and discovered that Punch was a satire magazine in Great Britain for 100 years. I tried it graphically and found it looked good on the page. Plus, it started with a P. Then I chose the tag line, ‘Spirit of the Peninsula.'”

As founder and publisher, Sloane is pleased with the premiere issue: “It’s been a lot of hard work. But it’s been very satisfying work. The first issue is 116 pages with 51 ad pages. People have responded well to a publication that helps Peninsula residents get the most out of their lives.”

Didn’t get a copy of Punch and would like one? It’s on the newsstand at Kepler’s.

Do East Palo Alto and Belle Haven residents get this new publication?

Since when does the Peninsula stop at Burlingame? Pretty sure what has always be considered ‘the Peninsula’ went to the SM/SF county line. I imagine including those cities and EPA would lower HHI demo’s this magazine claims. of course the readership and demo’s of this type of pub can easily be manipulated because it is free and only deposited in driveways that support it’s readership claims. mostly likely the readership is way lower than they claim as it is deposited in driveways for free. I’ll bet most go unread.

love the map of the peninsula with average home prices. sure make us all look terrible, so thanks for that!