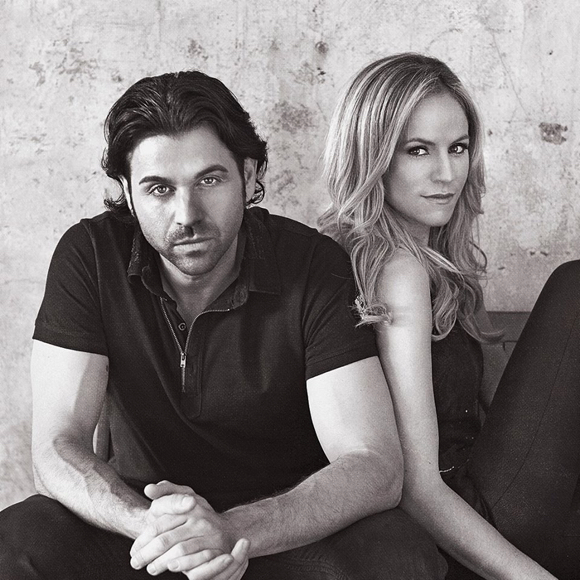 When Mid-Peninsula High School alum and country singing star Ryan Michaels talks about “Hail Mary”— a song he co-wrote with his singing partner and wife, Shannon Haley — he says it’s about “overcoming adversity” and the challenges the duo faced as musicians. But as he reflects on his time at Mid-Pen, the song could just as easily be about his journey through high school.

”School was always extremely difficult for me. All I wanted to do were the things I was most passionate about —making music and playing sports,” Ryan said. “I had a very hard time focusing on anything else which generally led to me flunking out of school and being written off by many as a troublemaker or as someone who just wasn’t that smart.”

Ryan found support and mentoring from Mid-Pen’s Assistant Head of School, Heidi Schiessler, and he turned his passion for music into a career. He also credits Athletic Director and PE Coach Kurt Lange for supporting Ryan’s love of sports and pushing him to be better, on and off the field.

Ryan went on to study Music Business at Belmont University in Nashville, where country music dreams are made. After college, he decided to stick around — a fortuitous decision because met his wife, Shannon, who just happened to grow up in Los Altos.

Now, the two are known in the industry as Haley & Michaels, and their music is making them shine bright on the country music scene.

Ryan is back in the area on Monday, October 7; Haley & Michaels are set to perform live during halftime at Levi Stadium in Santa Clara, when the San Francisco 49ers take on the Cleveland Browns. It’s fitting that the song they perform will be “Hail Mary.” In football, the phrase refers to a latch-ditch, long pass thrown by the losing team in the last seconds of a game. If successful — a rare feat — it’s a dramatic, exciting win.

Both Ryan and Shannon are life-long 49er fans; the team even produced the song’s music video, which takes place inside Levi Stadium.

The single gained traction after it was used in the Netflix original film “Walk. Ride. Rodeo.” Since the film’s release in March, the song has 1.5 million streams on Spotify. The duo was signed by SONY ATV under its new label, Hickory Records, and will release a new album with the same title, “Hail Mary,” on October 25.

“My time at Mid-Pen and graduating high school, which felt impossible, has stuck with me and is an important part of shaping me today,” said Ryan. “Without it, none of the things going on in my life now would be happening.”