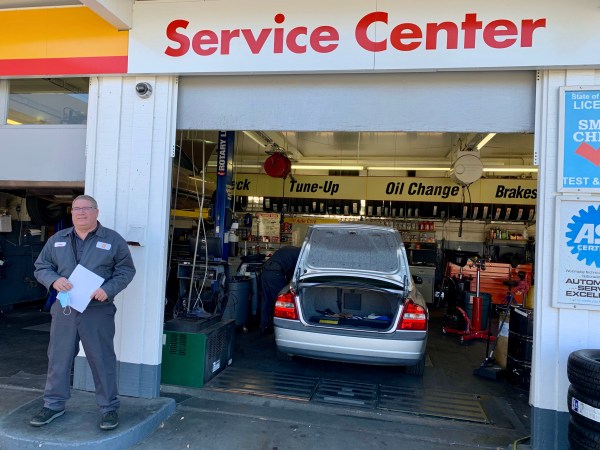 Automobile service manager John Poulet was one of the first Faces of Menlo, profiled by InMenlo co-founder Chris Gulker in 2009. And he’s taken care of our cars over the years.

So we were alarmed a few months back when we noticed that the Chevron station on El Camino had closed its service center.  The good news for fans of John is that he’s now running the service center at the Shell station in Sharon Heights.

We stopped by earlier this week to say hello, and John said that it had all worked out for the best. “I had a knee replaced in December, rehabbed for two months, and then this new opportunity was waiting for me!”