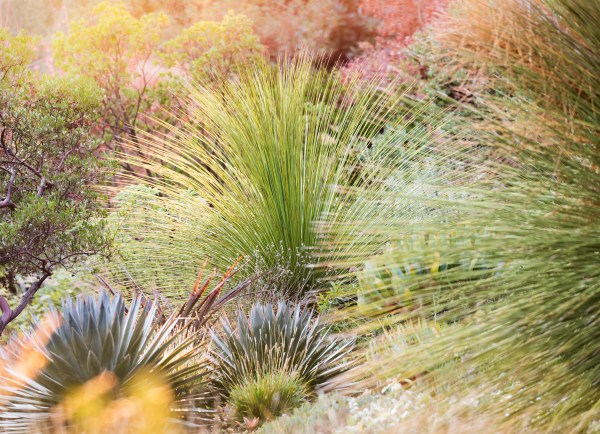 On our way to interview David Madison at his Portola Valley home about his 50 plus years photographing Stanford football games, InMenlo founder Scott Loftesness and I talked about our surprise in seeing garden images on his website. We guessed the Stanford cactus garden—and we were wrong. Instead, they’re planted in his own garden and are quite lovely to look at.

“My wife and I started the garden some 20 years ago and have made a few big changes along the way,” he says. 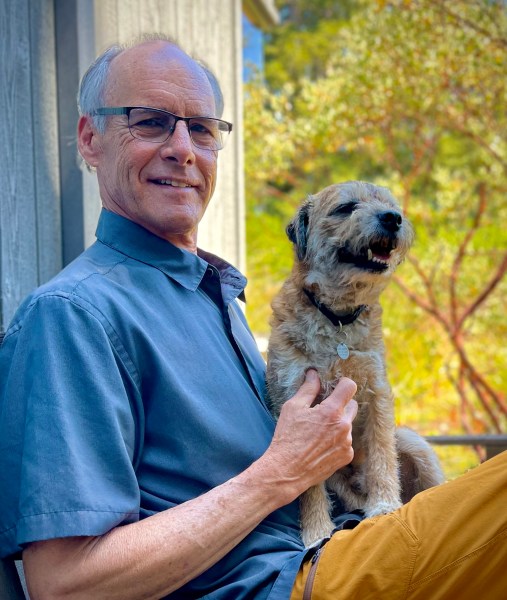 The image above was taken in the late afternoon and displays the garden’s many layers. “Dasylirion longissimum is the main focus,” David says. “Other plants include Arctostaphylos densiflora and A. rifugioensis (manzanitas), Agave ‘Blue Glow’, a phormium, and Sesleria ‘John Greenlee’ (grass).”

While admitting he’s most well known for his sports photography, David tells us that he’s always loved photography “as a thing.” What started as a hobby at Gunn High School, took off his junior year at Stanford working for the sports information office.

“Im attracted to visual situations that result in a good images,” he says. You can see the results at an exhibition of his and two other photographers—David Burnett and John Todd—currently on display at Art Ventures Galley focusing on the Olympics.

Stanford recently announced that it will be welcoming fans back to its outdoor venues with no capacity limits in the fall 2021, and David will once again be on the sidelines. 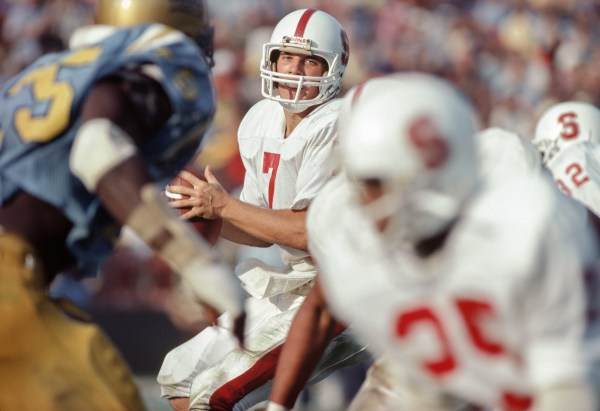 “I’ve photographed so many football games at the stadium over the years, it’s a challenge to come up with something new,” he says. “I want to look for different angles. And I’m interested in shooting more than just the action on the field.” The pPhoto of Stanford quarterback John Elway (above) was taken in 1980 in a game against UCLA. 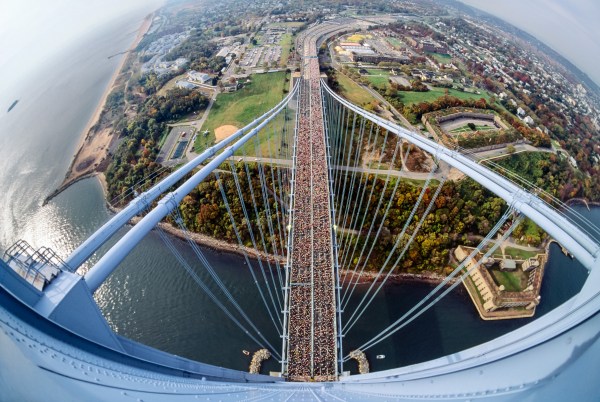 Both Scott and I were struck by one photo (above) on David’s website taken during a New York City marathon showing Fort Wadsworth and Staten Island in the background. How did David get this incredible shot? “The race starts in Staten Island, with runners trekking over the Verrazzano-Narrows Bridge,” he explains. “One year I got access to take the elevator up to the tower. You walk the last bit and there’s a trap door at the top. I laid down and stuck my camera over the edge!”

Speaking of cameras, David said his main camera has been a Canon since the early ’90s and prior to that Nikon. “I do shoot with my iPhone more and more,” he says. “Composing through the phone is different than through a view finder. It’s a bit like seeing images on a light box. But I’m adjusting!”

All David Madison photos used with permission; photo of David and his dog by Scott J. Loftesness (c) 2021

Great article! I look forward to seeing the exhibit. I especially like the shot of Ft. Wadsworth where I lived as a teenager.