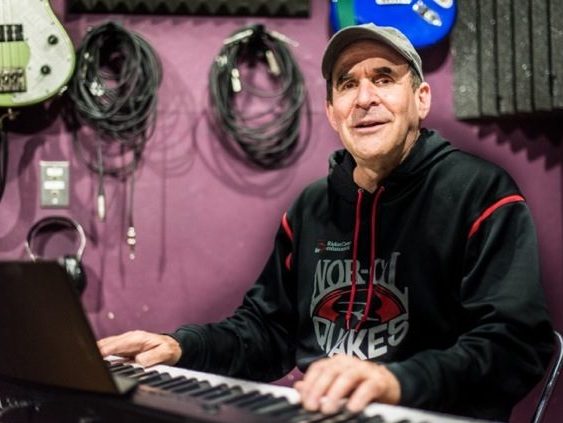 The celebration of life for Gary Riekes, the well-known leader of the Riekes Center in Menlo Park, will take place at Filoli on Sunday, July 18, at 5:00 pm. To be included on the guest list, RSVP here.

Tokyo-bound Paralympian Katie Holloway will be one of the celebration’s featured guests. The celebration also includes live musical performances by the Riekestra, the student-led band born from the Riekes music program.

“Being in the Riekestra gave me the opportunity to play with other musicians my age, which not only gave me new friends but also provided the chance to help the community by playing at recitals and events,” said Alex King, Berklee School of Music student and Riekes Center graduate who is performing with the Riekesta at the celebration. “My involvement with Gary and the Riekes Center taught me critical life and musicianship skills I use regularly, such as interacting on stage with the band and the crowd.”

Riekes, who passed away in March, dedicated his life to helping people achieve their goals. After sustaining a football injury at Stanford University, he turned his injury into an opportunity to coach others in athletic training, musical production, and community service. He served as a mentor to young people facing life challenges and encouraged those he mentored to do the same.

Prior to officially founding the Riekes Center in 1996, Riekes had a successful career coaching professional football, working with Super Bowl champions, NBA and WNBA players as well as  Grammy and Emmy award winners. He was awarded a local Jefferson Award for Public Service and was inducted into the Menlo School Athletic Hall of Fame.