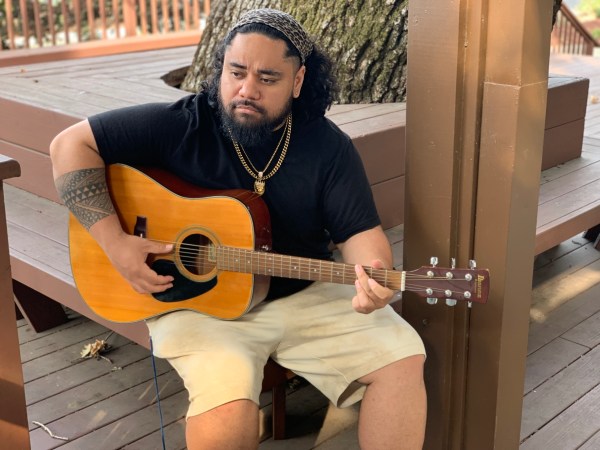 T-Pain recently hosted his own contest for his record label, Nappy Boy. The winner would receive a record contract, perform in T-Pain’s final concert, and would be much more recognized in the industry, almost overnight. Etu wrote and performed music over numerous weeks, received the votes of people who listened and won — beating over 300 other contestants.

Etu describes himself as a musician who sings — what he describes as “island pop.”

“Imagine pop music drowned in harmony,” he explains. “I draw my inspiration from Motown.

Etu, which (ironically) means “silent”, says music is therapy to him. “People tell me how they connect with my music. The words are personal — the energy flows right back to me.”

The musician recently released an EP called Island Summer, drawing from the music he used for the competition.

“The other part of winning is the record deal,” he says. “There aren’t a lot of Pacific Islanders signed to a mainstream label. I’m exited to get my foot in the door and let the music do the rest.”

LiveOne will livestream Wiscansin Fest on Saturday, June 11, 2022, beginning at  2:30 pm PT with T-Pain’s performance kicking off at 9:30 pm PT.  Fans can watch the global livestream on LiveOne.com as well as on LiveOne apps across iOS, Android, Roku, Amazon Fire TV, and Apple TV, and on LiveOne’s and T-Pain’s Facebook page.

Yes, that is the name of the music festival.