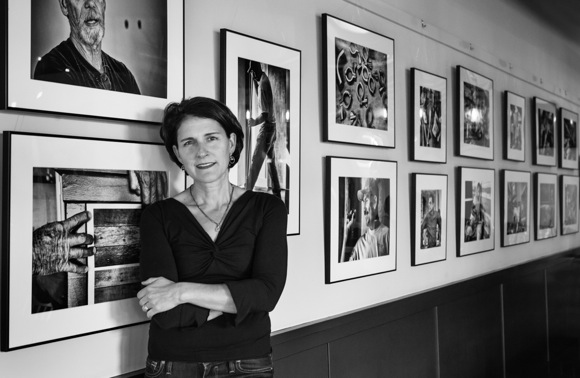 Financial executive to pastry chef to community volunteer may not be the usual path to photography but it’s the one that Menlo Park resident Irene Searles has taken. It began with two classes at Stanford and then some one-on-one mentoring with photographer Neal Menschel. It’s paid off in an exhibit at the new Freewheel Brewery, which plans to host ongoing art exhibits to enjoy with a pint of ale.

Irene took the photos while the Brewery, which is co-owned by her husband Malcolm McGinnis and three partners, was under construction. She explains: “It was my mentor project with Neal. I shot in color but converted to black and white because the subject matter lent itself to black and white. I saw details that I hadn’t noticed when I was taking the shots.”

Irene took about 2,000 photographs over the course of construction, and Neal reviewed about 1,000 of them. “We had weekly meetings so that he could give me feedback about different perspectives, shooting from different angles,” she says. “Our goal was to balance construction details along with portraits.” 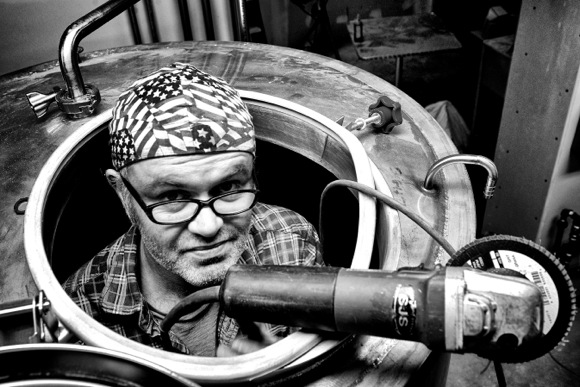 The resulting show was 33 photographs, which Irene’s mentor group helped narrow down from 200 to the top 50. Neal and Irene make the final selection, without consulting Malcolm or his business partners.

“My real interest is taking portraits [which she does frequently for InMenlo] and using photography for social good,” she says. “I’m going on a trip this month to Myanmar led by photographer Mark Tuschman. We’re going early to visit two NGOs doing work there. Using the camera to show people’s circumstances — that’s what I hope to do when I grow up — or rather when my kids grow up!”