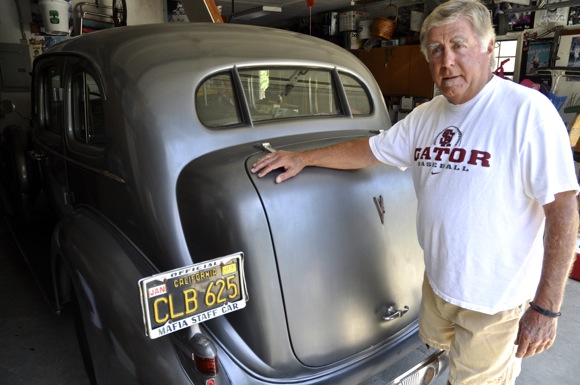 There’s a whole lot of Menlo Park in Bob Budelli. He lives today next door to the house where he grew up near downtown.

When he went off to college at Arizona State, he roomed with M-A classmate Rob Dell’Ergo. His three boys all went through local schools.

With his Dad, he stays active in the Italian American Social Club. 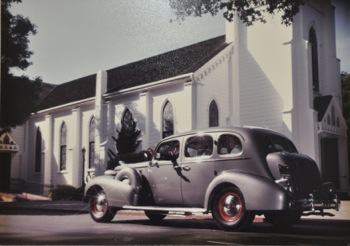 And he’s still driving around town in the 1937 Touring Cadillac his grandfather gave him as a wedding gift some 40 years ago.

“He’d bought it in 1939 from the Douglas estate,” he said. “What you see is mostly original. It runs fine although something is causing it to overheat.

“I mainly use it to take ‘Miss Daisy’ [his wife] on Sunday rides. And occasionally I drive it for friends’ weddings.

Bob is retired from Ciardelli Garden Supply, although he still sits on some nursery-related state boards. As he’s done most of his adult life, he continues to coach youth baseball.

“I thought I’d have more time to tinker with the car now, but somehow I stay busy,” he said. “It is an eye catcher!”

You need a nice secure place to park that beautiful car.