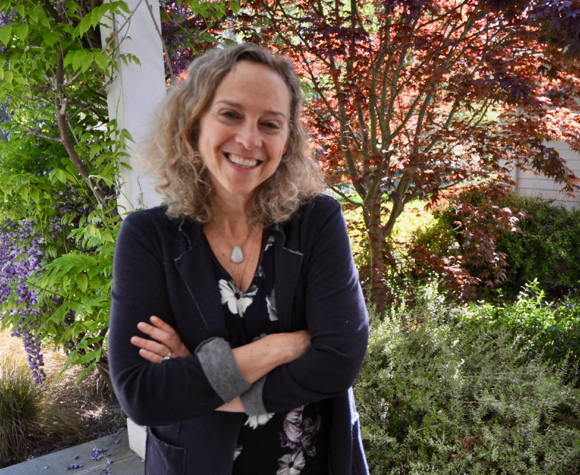 Growing up first in the Allied Arts neighborhood of Menlo Park and then in Atherton, Robbie Kellman Baxter couldn’t envision working here. “I wasn’t technical, so I didn’t see a future for myself,” she recalls thinking. But by the time she graduated from Stanford Business School, that had all changed.

After working for a succession of companies in marketing roles, she set out on her own as a consultant in 2001, founding Peninsula Strategies, LLC. Her third client was Netflix. “I loved their business model and loved working with them,” she says. “They did one thing really well and early on incorporated a professional recommendation engine. At the time, that was a really big deal. Instead of guessing what movie you might want to see, they’d tell you, ‘This is what is missing from your list.'”

That initial experience with a subscription service led to other clients that were also membership based and eventually to Robbie writing a book, The Membership Economy, published in 2015 by McGraw Hill. “I was an English major in college and always liked to write,” she says. “My mentor encouraged me to write the book, viewing it as a one-pound business card demonstrating your point of view, what you know, and how you look at things.”

Robbie cites discovery boxes, where consumers are introduced to various new products, as one of the newer types of subscriptions. “It’s really evolved,” she says. “Initially it was all about digital and service. There was no product.

“Now companies are focusing on the members’ needs as opposed to the product. In effect, the consumer is saying, ‘I’m willing to give you money on an ongoing basis in exchange for your promising to solve a problem for me’.”

Not surprisingly given her area of expertise, all of Robbie’s clients are now membership-based companies. “I think membership has a lot of legs,” she says. “While some organizations haven’t fully embraced the model, consumers want to be known and have their problems solved. That’s why you see gasoline trucks driving around neighborhoods and filling up cars while they sit in their home driveway!”

Nice article. Glad to read that Ms. Baxter has found her niche.