Spotted: Kyosho Japanese Restaurant where Tokyo Subway used to be 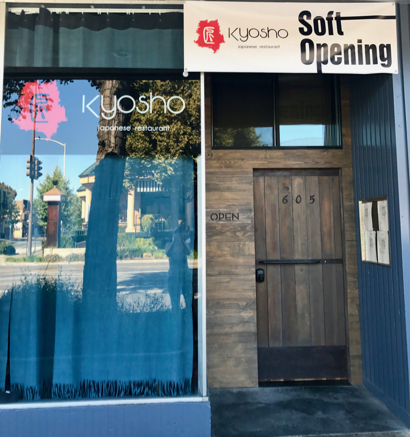 Kyosho Japanese Restaurant, located at 607 Santa Cruz Avenue, taking over the lease after Tokyo Subway closed in December, is open for business. The owner, Thomas Wu, has operated the food truck, We Sushi, for the last 6 years.

Wu told City of Menlo Park blogger Alex Collyer that while he has enjoyed manning the first sushi food truck in the Bay Area, he decided to return to his roots and start a “a modern while local-friendly restaurant,” adding that he missed the face-to-face interactions of working behind a sushi bar.

Kyosho is one of a three new Japanese restaurants that have come to Menlo Park. The two others are 32 Degrees Fahrenheit Japanese Bistro (where Quiznos used to be) and Octopus (where Akasaka used to be).

We dined here this last weekend and it was absolutely wonderful! The sushi was outstanding and the staff so attentive! Cannot wait to go back.