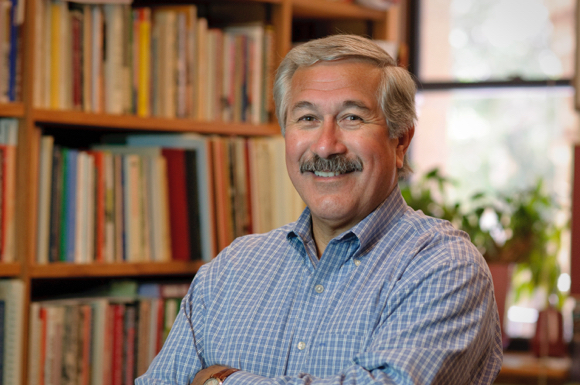 The event, which is open to the public, will highlight the growing need for PCF’s scholarships and support to local, low-income, first-generation college students. PCF’s 2017 class of 40 new scholars is double last year’s and the non-profit expanded its reach beyond the Mid-Peninsula to include high schools in San Jose.

“As a first generation Mexican American college student myself, my career has been about opening doors of educational opportunity for the next generation,” said Dr. Camarillo, the only professor in Stanford’s history to receive all six of its highest awards for teaching and service.  “I support PCF because it too is dedicated to helping students from underserved groups achieve college and career success. Higher education has changed the lives of millions of Latino young people and can alter the history of communities of color.”

A PCF graduate, a mentor, and an internship sponsor will also relate their highly personal stories of challenge and success at the event. PCF was founded by Menlo Park resident Charles Schmuck.

With PCF’s additional support of one-on-one mentors, summer internships, and college and career success training, an exceptional 92% of its scholarship students have graduated or are still in college on a path to completion. That’s triple the national average for like students, according to a Pell Grant study. Since 2005, PCF has awarded four-year college and university scholarships to nearly 200 students, a number of whom have DACA status.

PCF’s Leadership Award will be presented to Susan Ford Dorsey of the Sand Hill Foundation.

The PCF Second Annual Community Engagement Luncheon is open to the public, but reservations are required. Tickets are $50.