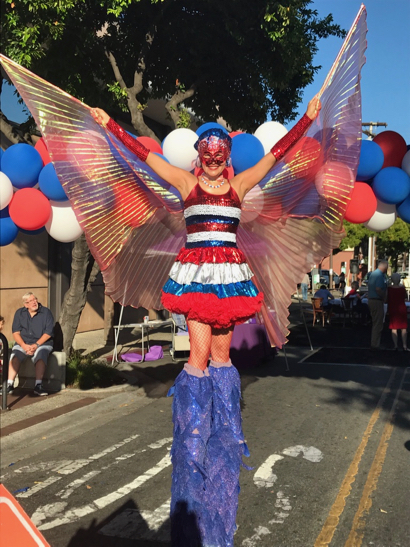 What was happening on the rest of Santa Cruz Avenue on Saturday, July 14, we are not sure. Because the place to celebrate Bastille Day was at the almost next-door neighbor restaurants, Left Bank and Vida.

The star-spangled, winged woman on stilts paraded around both restaurants, going up the sidewalk and then walking down SCA itself. And both restaurants were packed (at least outside) early in the evening, e.g. well before 6:00 pm.

Left Bank just happens to be celebrating its 20th anniversary, along with its French roots. A special touch was designating Pablo (pictured below), who has been at the restaurant since the beginning, Grand Marshall. That’s a wise move, according to this reporter, because he always has a warm greeting for long-time customers. 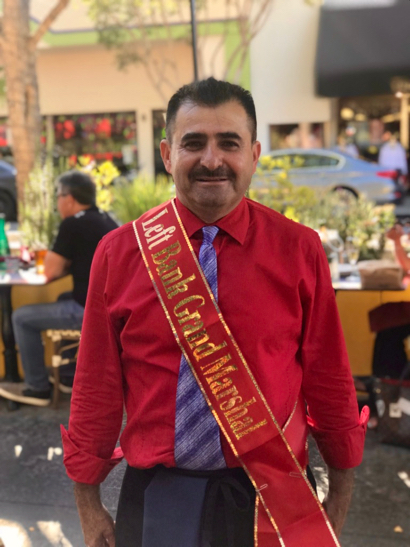