Reflection on the fire at Notre Dame Cathedral in Paris 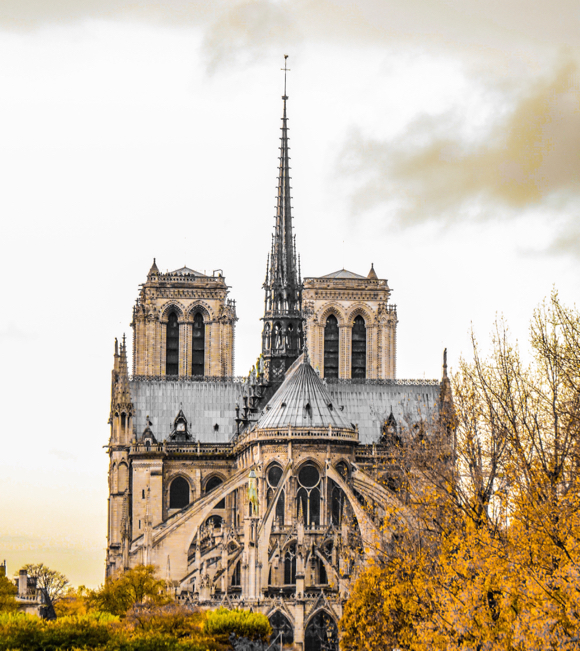 Menlo Park resident Julia Appleby emailed this photo of Notre Dame from her “personal archive” with a note that said…”You may not be covering the story as it is not local enough but if you do feel like this photo would make a relevant tribute to the French community in our neighborhood, I would be very happy for you to use on InMenlo…”

We’re using it not only for the French who live here but for everyone who has been touched by the majesty of this Cathedral, so central to any visit to Paris. Wherever we went yesterday afternoon, the first thing people we encountered talked about was how horrific this tragedy being played out on TV screens was and how much sorrow they felt.

Wrote Jon Allsop in a post for CJR Editors: “Did we see a metaphor — in our troubled times — for lost permanence, lost steadfastness, lost beauty? What, exactly, did it stir in us? Admittedly, it’s easier to pose questions than answers.”

The news, as you may have heard, is better this morning. The main structure was saved, and firefighters were able to rescue some of the art and relics. And already two prominent French families have a reported $677 million to help rebuild.

Conde Nast Traveler posted a list of where U.S.-based donors could contribute:

Cathedrale Notre-Dame de Paris  branches in the U.S. and Paris, but donations through the U.S. branch are tax-deductible as the organization is a 501c3 public charity.

Washington, D.C.’s Basilica of the National Shrine has set up its own fundraising campaign for both the general public and parishioners interested in donating.

French Heritage Society has set up a donation page, through which 100 percent of funds will go directly to the cathedral. Photo (c) Jules Appleby @ Studio1816

What a magnificent structure . It truly is an icon ., this Duomo truly exposes its skeleton within the architecture. a truly amazing Cathedral .I love the photo

Fantastic photo. Jules Appleby! Wow! I’ve such an infinity to this holiest of structures truly representing all that it is to be French. Such a tragic event in our history. I’m grateful to you Linda Hubbard for posting contribution sites as well. We shall overcome.